Do you suffer from musical obsession?

I enjoy different genres of music and a variety of artists, but I can become obsessed w 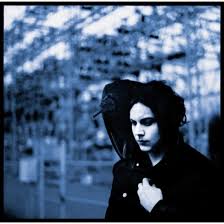 ith a single artist or group and listen to their music almost exclusively for weeks. Jack White is one such obsession.

There's nothing like a great documentary to fuel your musical obsession. It Might Get Loud features three guitar players: Jimmy Page, The Edge, and Jack White. The intensity of White comes through in a scene where he plays guitar until his fingers bleed. Another scene of Jack building a guitar from wood, wire and nails shows a glimpse of his ingenuity and explains some of the unusual sounds you hear in his albums.

I was surprised to see Jack White in another movie, Coffee and Cigarettes (2003). This black and white film is a series of short stories, one of which features Jack White and Meg from the White Stripes. It is a fictional film, but when White talks about the Tesla Coil, I feel like we are getting a glimpse into his personality.

I have enjoyed The White Stripes and The Raconteurs for years, but the purchase of Jack White's solo CD Blunderbuss, opens a new window sparked my latest obsession. You may think that listening to the same artist over and over again would get tedious, but Blunderbuss is not the type of album where the songs all sound the same. This album showcases White's versatility and many musical influences.

You can find and download all of the songs from Blunderbuss on Freegal.