I guess the one good thing about the recent flooding in Texas, opens a new window is that it reminded me of Stevie Ray Vaughan’s song “Texas Flood”, which then reminded me of a bunch of his music I hadn’t listened to in years. We lost him too soon (he was only 35 when he died.) The day after he died I had just gotten out of class and had planned to buy tickets to see him here in Tucson. I turned on the radio and the DJ was announcing that he had died the previous night in a helicopter crash. Not seeing him play live will always be one of the regrets of my life; what a guitar slinger! Fortunately, Freegal has a number of his albums and greatest hits packages. (And by the way, you do know he played guitar on David Bowie’s album “Let’s Dance”, right?) 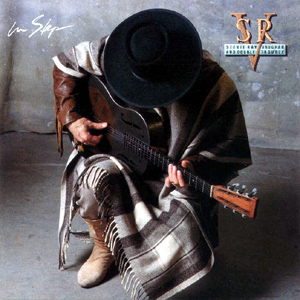 In Step, opens a new window

Check him out on Best of Bowie