In honor of May the 4th, I give you 3 reads about Star Wars. All you need is your library card and PIN to read anything in our E-Library, and there’s a lot of stuff there!

The Sound of Star Wars 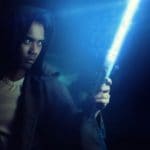 “Directors know that realistic sound is vital to hooking an audience. But what do laser cannons or a mobbed alien marketplace sound like? This was the challenge faced by The Phantom Menace's sound designer Ben Burtt.”

This article from Science World in May 1999 talks about THX as a new thing and reveals that the lightsaber sound came from the motor of an old movie projector and a sputtering TV picture tube. Wait? What’s a TV picture tube? That’s another story…

Found in: Gale in Context – Elementary

The science of Star Wars: Integrating technology and the Benchmarks for Science Literacy

“Star Wars: The name alone implies action, adventure, the vastness of space, alien creatures, and of course, who can forget light sabers? The Star Wars saga has entertained millions of people around the world for years, so I asked myself: Why couldn't Star Wars motivate a group of students to delve into the depths of technology?”

I think I would be better at science if I had been lucky enough to have teachers who gave assignments like this. Teachers, parents, and caregivers, take note! Kids get excited about stuff when it relates to something they care about.

Found in: Gale in Context - Biography

The Force Is With Them

“For the first time in half a decade, a year has gone by without a new ''Star Wars'' film, a planned pause that happened to coincide with the pandemic. But across YouTube, there are plenty of movies set in a galaxy far, far away: those made by fans. Instead of the sci-fi saga's familiar title crawl and brassy score, though, their work usually begins with notices affirming that rights to the story belong to Lucasfilm.”

You may find some new fan-created films to explore in this one. Fans have kept Star Wars alive since 1977, and there’s no way they’re going to stop now. 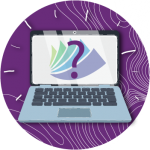 Don’t have a card yet?