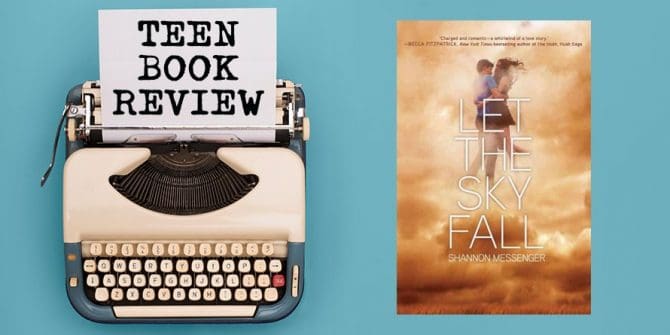 After an inexplicable miracle leaves seven-year-old Vane Weston the sole survivor when a category-five tornado left him an orphan, there has been a blank spot in his memory ever since, seven years allegedly swallowed up by trauma. The only thing he could remember was a mysterious and beautiful dark-haired girl that plagued his dreams for ten years until one day he sees her for real on another failed date. That night, Audra sneaks into his room and triggers his Easterly breakthrough before leading him to her dilapidated house to reveal his true identity.

He's a sylph (or air elemental) and the last Westerly, to be exact. And she's his guardian from an organization called the Gale Force that's aiming to protect him from Raiden, a Windwalker that wants to master all four wind languages and murdered both of their parents during the tornado.

Due to a mistake Audra made while preventing Vane from bonding to an "earthling," they only have a few days before Raiden and his Stormers. Audra is already in a weakened state due to Vane accidentally giving her water, which ties her to the earth. Audra's mother helps hide their wind trace, giving them a few more precious days. During these days, Audra manages to trigger Vane's Northerly and Southerly breakthroughs but is unable to spark the last breakthrough. Vane's watchful foster parents and the budding romance between them complicate the situation. Before the time promised to them, the Stormers arrive.

Messenger has done a fantastic job at worldbuilding again like her other series, Keeper of the Lost Cities, spinning a unique society from simply wind. Otherwise, the plot and characters remain unimaginative and foreseeable. Specifically, Audra strikes me as one-dimensional and falls into the stereotype of the "kick-ass, emotionally scarred female lead." The romance between Vane and her also is presented as too sudden and out-of-the-blue, more of physical attraction than an emotional connection where no strain is put on the relationship beyond the existence of the sylph princess we never meet and the neuroticism of the characters. Lastly, the writing barely catches the time limit put upon them, and the threat level of the antagonist puts nothing at stake, at least not convincingly so.