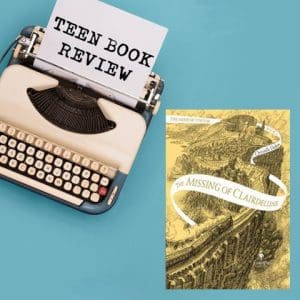 The Missing of Clairdelune by Christelle Dabos is the second book in the mirror visitor series. It starts off with our main character Ophelia being taken to see the god of the ark and takes many twists and turns from there. While the first book's pace could be considered as slow, the second book's pace speeds up in a very satisfying way. There are a lot more interactions between all of the characters and Ophlia herself shows a lot of growth throughout the book with her resolve of surviving becoming stronger and stronger.

The first book really laid the foundation for the second book where relationships form in new and exciting ways. The characters are fleshed out and this book takes a turn to where the main character needs to solve a mystery! This shocked me as the reader because the first book was not labeled as a mystery novel. While this book was not the same as the first book it became so much better in so many ways.

Ophelia being the main character was something that I think the reader could relate to. Throughout the book she felt as though the other characters in the book were betraying her left and right; she always remained composed in such a way that felt very realistic. Though being kept in the dark for the majority of the book the reader is thoroughly engaged throughout.

The sequel does a grand job of building up the tension and suspense for the third book, bringing the reader to near tears. I found this book to be a 5/5 star read for me because it was so amazing in the way it was written. It was an addicting read which I won’t forget for a long time!