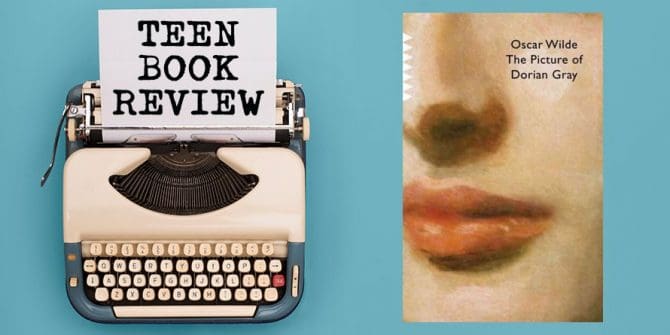 Nowadays classics are seen as tired and overused. No one really wants to hear another story about a wealthy white man in the 1800s. However, there is something important to learn from the classics; that’s deeper than the skin color or gender of the character. It’s the plot, the theme. Its why Oscar Wilde and other writers like him in that era wrote their books the way they did.

The Picture of Dorian Gray follows the life of a young boy in the 1890s on the path to insanity.

Basil Hallward, Dorian’s first genuine friend, creates a painting that captivates his soul; while Lord Henry, the man for all the faults of Dorian, enraptures his mind. Whether it be dinner parties, nights at the opera, or life-changing moments at the club, everyone became entangled with Dorian’s beauty. Even in old age, even though he might’ve been the cruelest man alive, at least to him. They still could not take their eyes off of the boy whose face had never touched time.

The beginning of the book starts out with a conversation between Basil Hallward and Lord Henry enjoying a pleasant afternoon in Basil’s Garden. As, the story progresses we learn the complicated yet amusing friendship between the two. Basil, a simplistic painter, looking for the next person to change his life; his art, and Lord Henry; a man that came from wealth who spends his time gorging on all the knowledge passed down from his previous life. Lord Henry stated, “But beauty, real beauty, ends where an intellectual expression begins. Intellect is itself a mode of exaggeration and destroys the harmony of any face.”

Progressing into the book Dorian gets introduced through Basil’s obsession with him, he informs Lord Henry that the young man will come over for another one of his paintings. He warned him not to project onto his innocent and beautiful soul. “Dorian Gray is my dearest friend–Don’t take away from me the one person who gives to my art whatever charm it possesses: my life as an artist depends on him.”, spoke Basil.

This book is an eye-opening journey of how innocence can all pass up in a moment, how time ruins everything beautiful and how wrinkles behind a smile can drive someone’s life. Therefore the picture of Dorian gray shows an altruistic point of view behind friendship, and even behind love. “Men who talked grossly became silent when Dorian Gray entered the room. There was something in the purity of his face that rebuked them. His mere presence seemed to recall to them the memory of innocence that they had tarnished.”, Wilde wrote.

The Picture of Dorian Gray was definitely one of the more enjoyable classics. Usually, this book is seen as a burden because it is attached with homework questions. But as someone who read it with free will, it is pretty enjoyable. Oscar Wilde always had a knack for making characters in a book seem all too real, it’s like you personally know them. Like other great writers in his time, he always knew how to build a world in your imagination. I have never seen a writing style like Wilde and that could be why we study his books the way we do.

Now rating The Picture of Dorian Gray is for sure difficult to do, as it is so controversial. However, on a rating scale of one to five, I would give it a 4.0 to 4.5. Mainly because of the amount of true understanding and effort it takes to read this book. Writing styles are not the same as they used to be, so as someone who isn’t used to a writing style like that, as most of us aren’t. It makes it difficult to understand the book and truly enjoy it. However, the suspense and the world Wilde builds takes over you, which allows you to overlook the complicated language. If you end up reading this book and are only a few chapters in regretting your decision, do stick with it. This book revolutionized my idea of mystery and thrill.