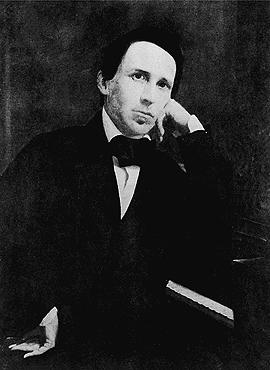 Stephen Collins Foster, opens a new window was literally born on the Fourth of July (in 1826), which makes him a perfect representation of America in song (though that would later be taken over by George M. Cohan, opens a new window, himself also born on July 4—he even wrote a song about it).

Chances are, you’ve heard a Stephen Foster song, even if you don’t know it. In his brief life, he wrote 200 songs, including “Oh, Susanna,” “Camptown Races,” “Old Folks At Home,” and “Beautiful Dreamer.” These songs are familiar to many of us from grade-school circling up and music classes, but were incredibly popular to people of all ages (and in many countries) in the nineteenth century. Two of his songs are today official state songs of Kentucky and Florida (though the words were changed for the latter—more about that in a minute), and the instrumental versions of many of his more familiar songs can be found sampled or completely added to the scores and soundtracks of film for the entire history of motion pictures. They were particularly prevalent in Loony Tunes and Merrie Melodies cartoons for decades, opens a new window.

His songs have that purely American feature of being incredibly inspired by many other cultures, opens a new window. Foster’s childhood neighborhood was filled with new immigrants, and thus the music and culture of people from countless European countries influenced him from an early age. The waltz, the polka, and the two-step can clearly be heard in a lot of his music.

Of course, many of these songs have received backlash in modern years thanks to their derogatory references to African Americans and the American South (a place Foster never lived in his life). They were also prime features on the Minstrel stage, opens a new window, where blackface was almost always a requirement and ridicule was the word of the hour.

Behind the Burnt Cork Mask

Foster’s music was a thing of its time, but we can all recognize the genius in the man who was self-taught on several instruments and managed to create an American Canon that wouldn’t be overturned until George M. Cohan’s Great American Songs before, during, and after World War I.

Want to read more about Foster and his music?