The Kirk-Bear Canyon Library opened in January 1991 in a retail shopping center at the corner of Tanque Verde and Bear Canyon Roads, serving both city and county residents. 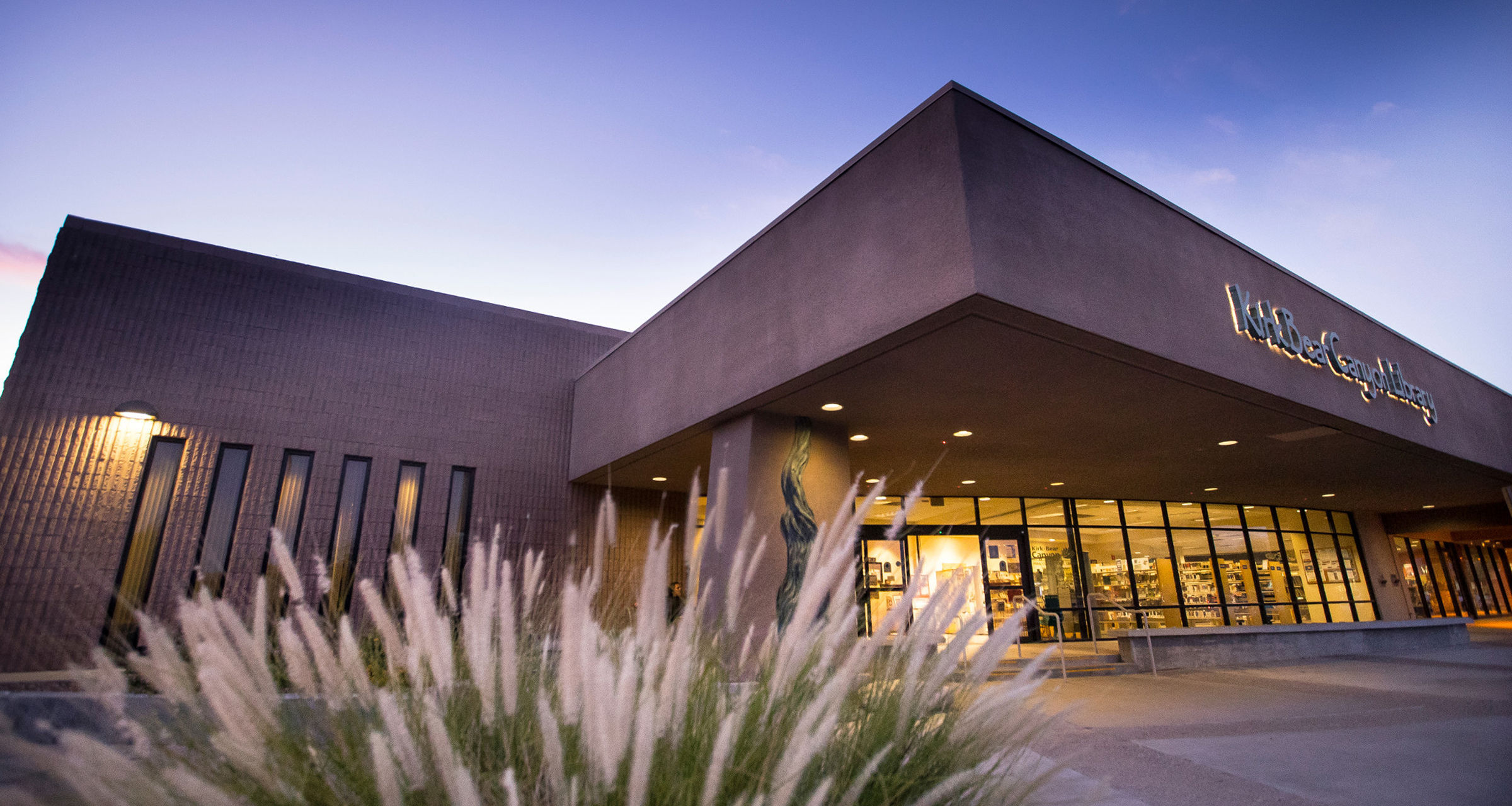 The 11,200 square foot building was funded mostly by Pima County bonds approved by voters in May 1986. In 2005, the library was expanded to include a new computer lab, a teen area, more study rooms, a larger meeting room, and more seating areas for the public.

The library is named after James Lee "Jim" Kirk (1926-2003), who served three terms on the Tucson City Council and was the Pima County Treasurer for eight terms.

Permanent public art: Visitors are greeted by the "Canyon Cascades" sculpture at the entrance to the library. It was created in 2008 by Selina Littler and Kathy Hoyer, and commissioned by the Friends of the Kirk-Bear Canyon Branch Library. In the early stages of designing the sculpture, the artists asked library patrons to submit one word that best embodied the spirit of the Kirk-Bear Canyon Branch Library. The letters in those words cascade down a stylized waterfall to re-form in a small pool at the base and across the surface of granite boulders to form the words 'inspiration,' 'fun,' 'serenity,' 'refuge,' 'read,' and 'exploration'.

In April 2021, artist, craftsman, and performer Joe Pagac, opens a new window completed an approximately 800 square foot mural at the north end of the building entitled Southwestern Storytime. It features an accordion-shaped wall of corrugated metal decorated with anti-graffiti paint. A whimsical cast of characters—from unicorns and bears to bobcats and quail—adorn the wall. Pagac was selected by the Arts Foundation for Tucson and Southern Arizona and the mural was funded by the Friends of the Kirk-Bear Canyon Library, opens a new window. 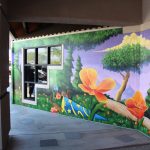 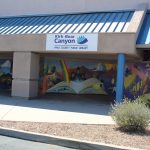 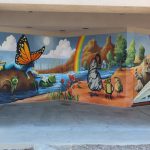 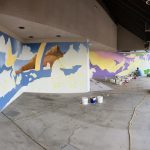 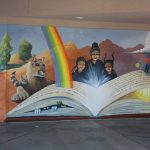 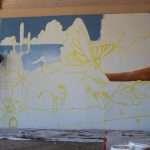 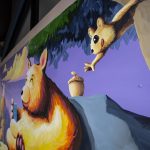 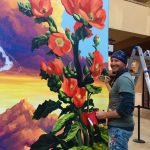 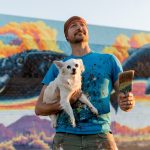