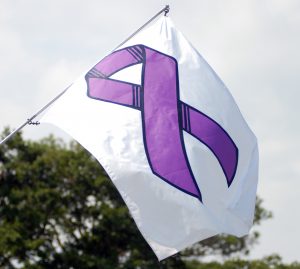 Domestic violence is an epidemic in American society. According to the National Resource Center on Domestic Violence, nearly one in four women and one in seven men have been the victim of severe physical violence by an intimate partner.

This month, we not only want to bring awareness to the problem, but also share resources dedicated to prevention and to helping victims. We also want to encourage you to help out by wearing purple for Domestic Violence Awareness Month.

According to the City of Tucson’s Prosecutor Office, domestic violence can occur as a pattern of abusive behavior in any relationship that is used by one partner to gain or maintain power and control over another intimate partner.

Domestic violence can be physical, sexual, emotional, economic, or psychological actions or threats of actions that influence another person. This includes any behaviors that :

Domestic Violence can occur between partners of any gender. It also happens in non-intimate-partner relationships, which may include parents, children, grandchildren and in-laws, as well as other people residing in the same household.

Men Can Be Victims of  Abuse, Too

You Deserve Better: Living Through an Abusive Relationship

Being in a relationship where you're physically, verbally, or emotionally abused can make you feel crazy, broken, damaged, or unworthy of love. You don't have to put up with being treated like that. You have the power to teach people how to treat you. PCPL librarians put together some resources to help you learn how.