The Valencia Library, which opened on October 15, 1969, was designed by architect John L. Mascarella. While the original facility was 7,800 square feet to serve a community of 27,000 people, the expansion completed in 1975 nearly doubled the building size to 15,500 square feet. 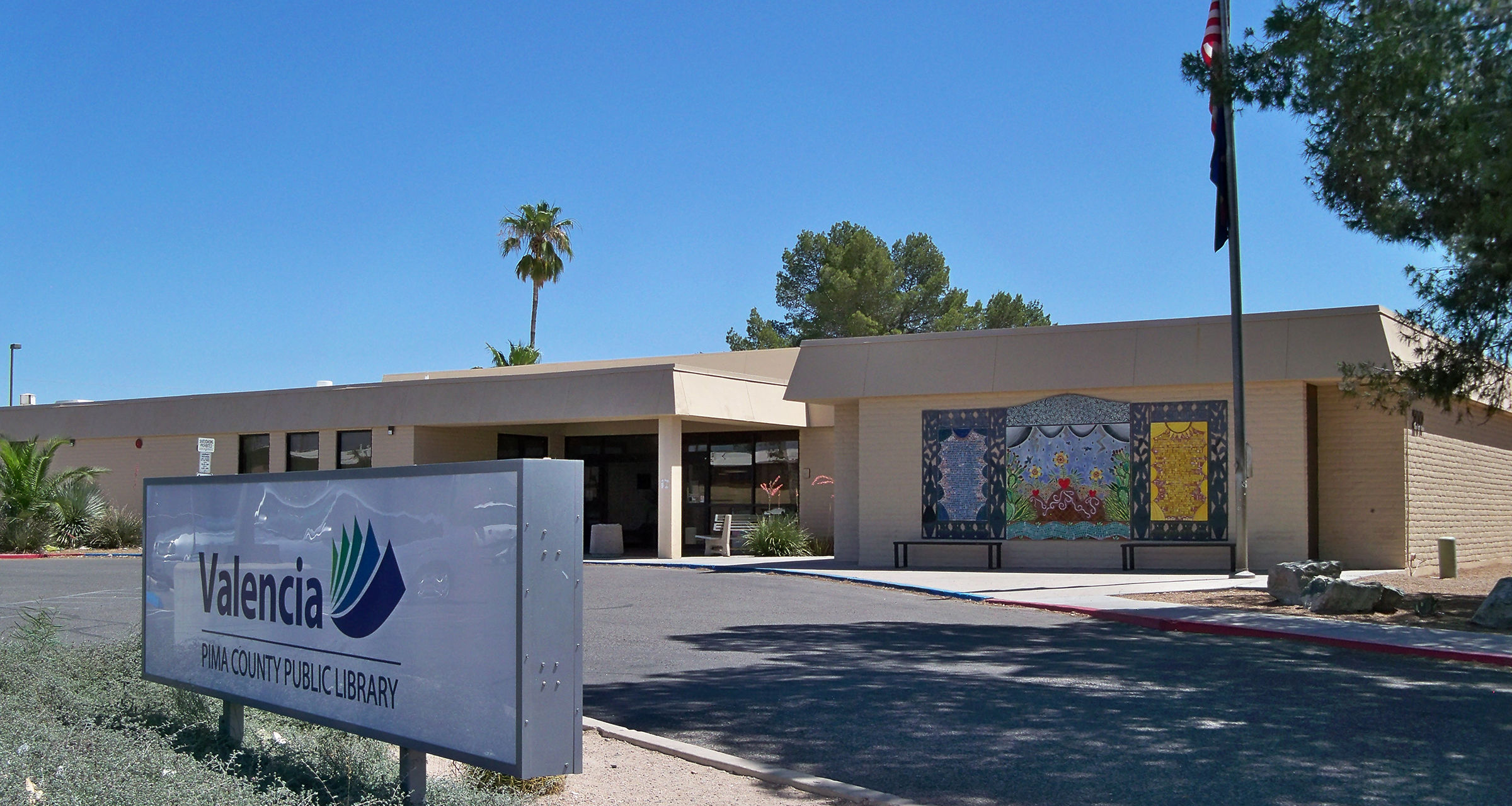 The library is the site of two beautiful murals. In 1993 under the direction of Tucson artists David Tineo and Antonio Pazos, students designed and painted a mural on the east wall of the library. The project was funded by the Friends of the Pima County Public Library and the Tucson-Pima Arts Council.

The second mural was designed by Susan Gamble of Santa Theresa Tile Works and is based on Pat Mora’s book, The Desert Is My Mother. This mural was installed on the west wall that leads to the entrance of the library and was part of the 1997 remodeling project that expanded the library to its current size of approximately 18,000 square feet.

Today, the Valencia Library serves as a community hub for nearly 92,000 people.