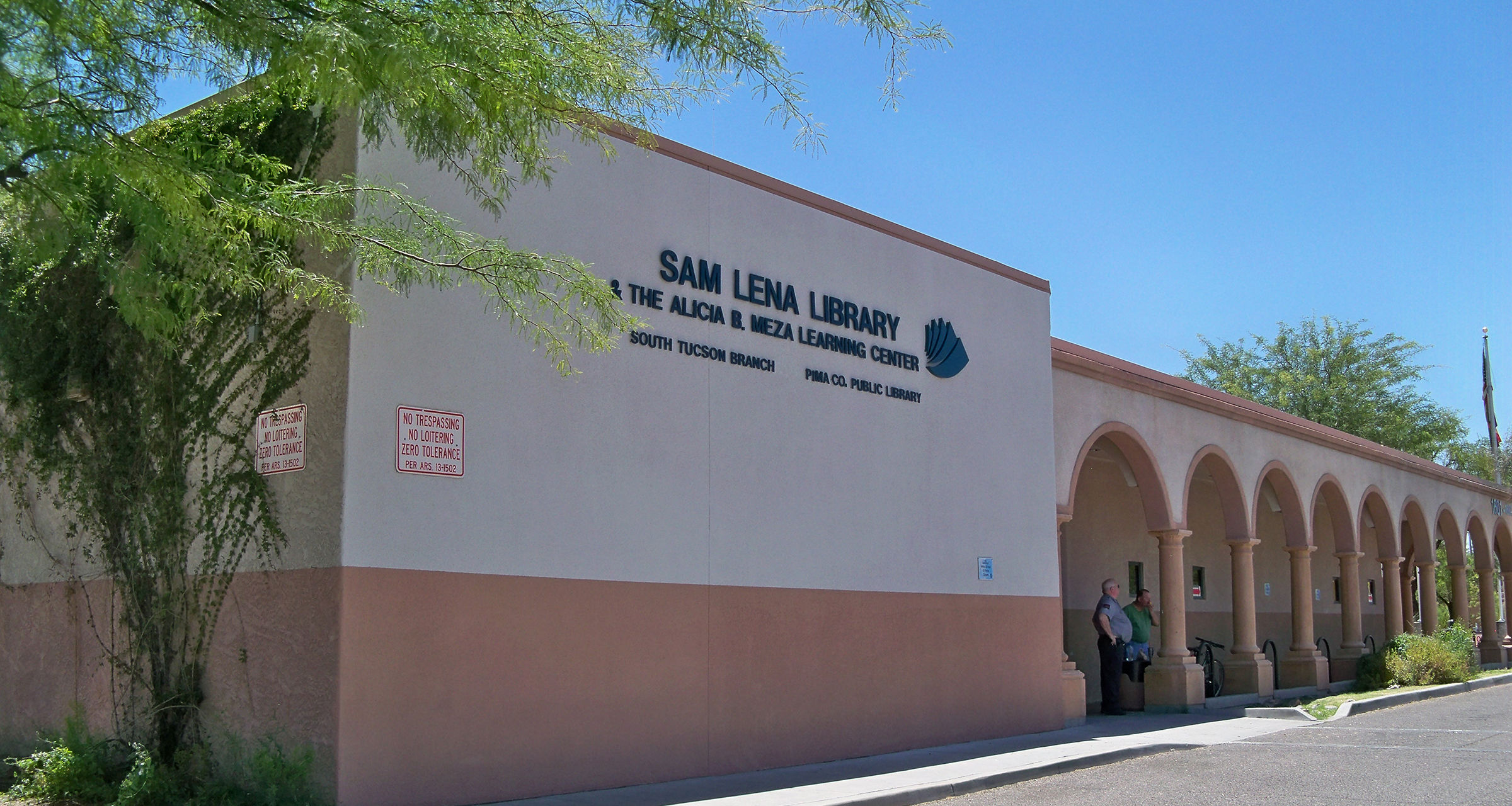 The library was expanded in 1991, adding 1,500 square feet and creating a 4,777 square-foot library. The expansion was completed with funding from interest earned from Pima County’s 1986 bond program.

The library was remodeled in 2018. A new entrance was added off the City of Tucson Dan Eckstrom Plaza, the children's room and youth spaces were expanded, new study rooms were created, a new community meeting room was added, and the service desk and book drop were both upgraded.

The library is named in honor of Sam Lena (1921-1996), a longtime South Tucson politician and former member of the Pima County Board of Supervisors, who advocated for the funding for the permanent building.