The Salazar-Ajo Library, the first branch of the Pima County Public Library system, opened in 1946. The 5,000 square foot library relocated to its current location in 1996. 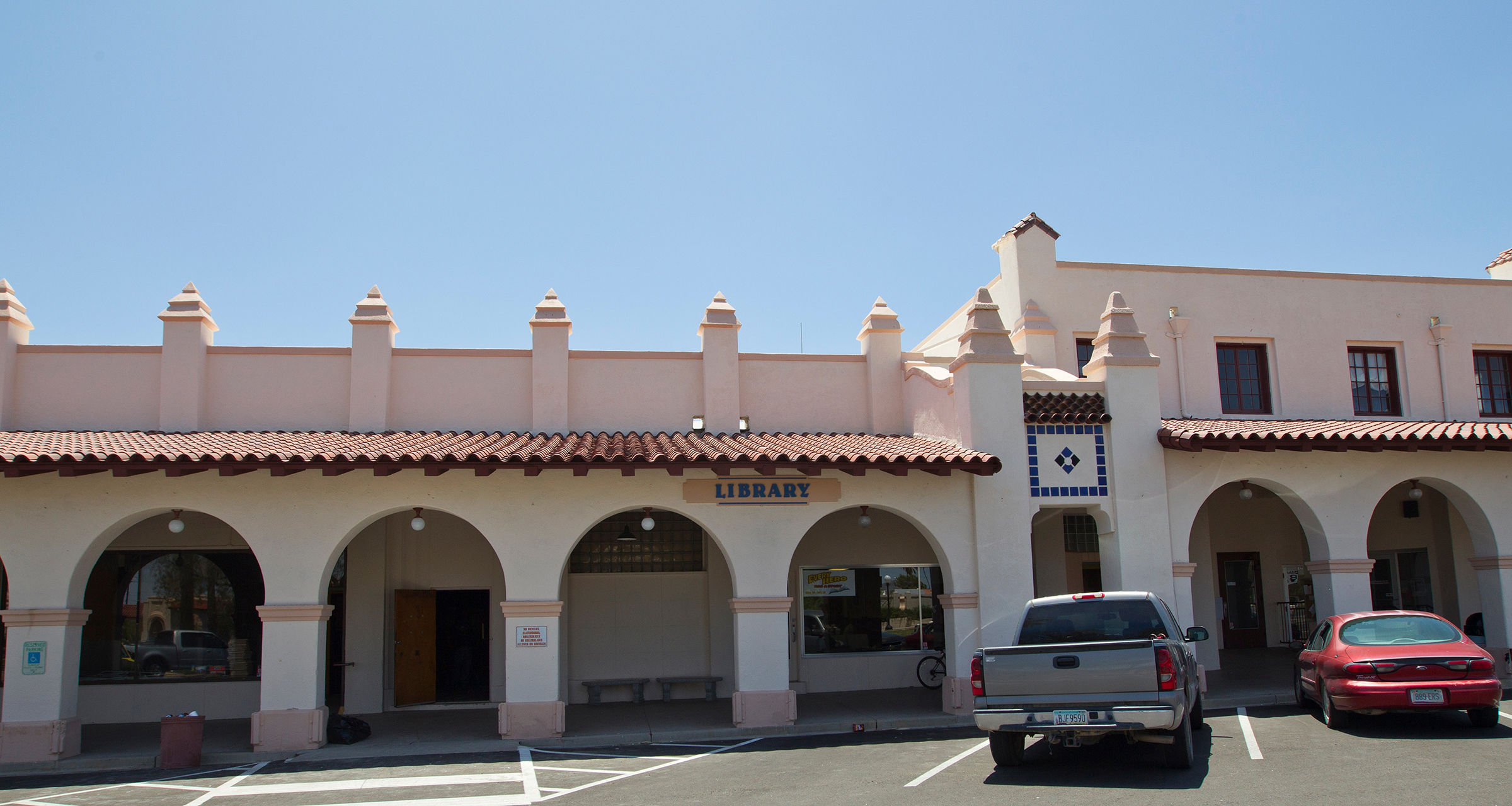 Serving the communities of Ajo, Why, Lukeville, and communities on the Tohono O'odham Nation, the library is named after Lillie C. Salazar, who worked at the branch from 1985 to 1997. She was the branch manager and was known by many as “Lillie from the library.”

The August 1997 issue of The Scoop: A Publication for the Employees of Pima County included information about the dedication of the Library:

Lillie C. Salazar left a big gap in the lives of many Ajo residents when she died on May 27. Many of the people in Ajo who knew her as "Lillie from the Library" backed a request by Western Pima County Community Council to the Pima County Board of Supervisors to rename the Ajo Branch Library in her honor.

County Supervisor Sharon Bronson made a motion to rename the library at the July 1 meeting of the board, and it unanimously passed.

Lillie C. Salazar was born in Jerome, the daughter of Frank & Jennie (Luna) Campos, but lived much of her life in Ajo.

Before joining the library in 1985, she worked for two Ajo dentists (Dr. Bronson for 13 years and Dr. Core for a year). She ran the library for nearly twelve years, making new friends among the library's patrons.

She and her husband, Victor "Chino" Salazar, raised their children here, daughters Corina Mendez, Suzette Salazar, and Natlie Noblitt, and son Victor who died in a tragic accident in 1976.

Mrs. Salazar was active in the community, often volunteering to work at fundraising events. When not working, she enjoyed race walking (winning several medals in the Arizona Senior Olympics), collecting antiques, and above all, being with her family.

The library serves as a location for community organizations, a homework help center for school children, and a meeting place for community residents.