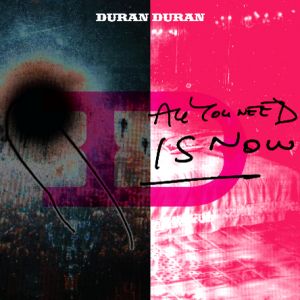 As a child of the 80's, Duran Duran was my second love (Rick Springfield was the first, but let's not go there, at least today!). If I mention Duran Duran to people my age these days, I get the typical response: "They're still around?" If I mention them to younger friends of mine, they're familiar with the big hits, such as "Hungry Like The Wolf," "Girls on Film," or "Rio." Certainly the band will always be famous for these songs, but their more recent output deserves some attention too.

It was a huge deal when all five original members re-united for the first time in fifteen years to record Astronaut in 2004. I had heard the single "(Reach Up For The) Sunrise" off the album and thought it sounded pretty good, but I didn't have high expectations for the rest of the album. Boy, was I surprised when I heard the rest of it. Very little filler, and some truly killer tracks. My favorite is "Nice," but I suppose I'm biased because Simon LeBon and I share the same birthday (he sings about the "the beautiful sting of a Scorpio"). This is a fabulous song to turn up loud at a party; if you're not dancing to this there's something wrong with you! Another song that I particularly like is "Taste The Summer." The bass melody on this is an example of why John Taylor has been voted "Best Bass Player" many times over the years in various musician's polls. The melodies he comes up with can truly stand on their own. Duran Duran have always talked about how they wanted to combine pop with funk with metal with disco....Nile Rodgers of Chic was a huge influence on them and the song "Bedroom Toys" plays to their funk side quite nicely. Songs from this album are available on our Freegal download site.

Unfortunately, when it came time to record the follow-up to Astronaut, Andy Taylor, the band's original guitarist, left the band (again.) The subsequent album, Duran Duran's Red Carpet Massacre (2007) has a much more electronic feel and I think it suffers somewhat. There are still some good songs, but the album as a whole is missing something. My favorites are "Nite-Runner" (another great funky song), "Box Full O' Honey" (soooo pretty and with amazing lyrics) and "Zoom In." I remember telling someone when I first heard "Zoom In" that Simon LeBon was probably the only lyricist who could write a song about avatars and Second Life! Songs from this album are available on Freegal as well.

The most recent album is All You Need Is Now, released in 2011. The band recorded this with the idea of making it a sequel of sorts to Rio. I don't think it quite succeeds on that level, but it's still a really good album. The title track is great, as is "Leave A Light On" and "Mediterranea," all examples of Duran Duran's pretty side. "Safe (In The Heat Of The Moment)" is another killer dance track with another great bass melody, with some guest vocals by Ana Matronic of Scissor Sisters. I cranked this one way up in the back room one day at work and everyone asked, "Wow, what is that song?" The track I find most interesting is "The Man Who Stole A Leopard." Simon LeBon has been accused in the past of coming up with some truly weird nonsensical lyrics but I think his skills have become much improved over the years and this song is a great example of his lyrical ability combined with a great melody.