The Caviglia-Arivaca Library opened on November 16, 1996, and the building was designed by CDG Architects. 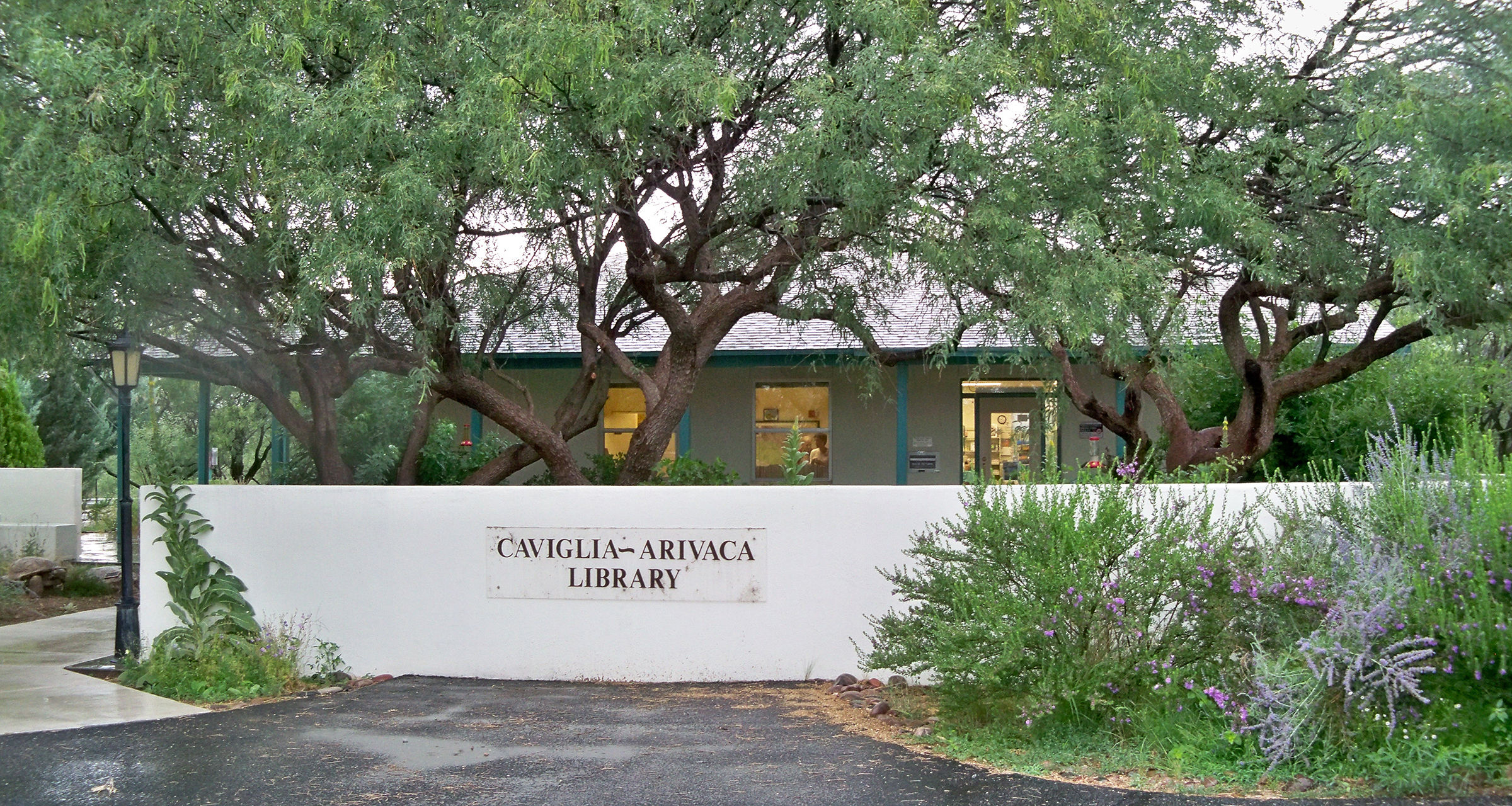 Serving a rural community of about 1,200 people, the library is named for Diane Aguirre Hamilton Caviglia (1930-1994). Caviglia was active in the Pima Historical Commission, and her maternal ancestor, Don Pedro Aguirre, started the Buenos Aires Ranch near Sasabe, Ariz. and built the first school in Arivaca in 1879.

The Arivaca community had been served for eight years by the Pima County Public Library Bookmobile and was clamoring for a building. During the tenure of Library Director Liz Miller and Pima County Supervisor Ed Moore, approval and funding was granted for a library in Arivaca. Local residents Gary and Barbara Scheer donated land just outside the Arivaca townsite.Teresa Rill was the first manager at the library.

Arivaca, which is 60 miles southwest of Tucson and 14 miles from the border of Mexico, is the gateway to the Buenos Aires National Wildlife Refuge and the Nogales District of the Coronado National Forest. In recent years, retirees, people pursuing alternative lifestyles, rural life aficionados, artists, cattle ranchers, self-employed business people, and commuters make up most of the population.

Arivaca may have had the first library in Arizona. Mine owner and pistol maker Samuel Colt had a collection of books that he offered to his employees to help them with their education.