Some time ago I posted a bit about an ambient music project, Alio Die (pronounced Ah-leo Dee-ay, it's Latin for "another day"). I feel the need to re-visit that post as I've listened to a good deal more Alio Die over the past year, and the Pima County Public Library still offers free downloads of their music through Freegal. Since Freegal now allows five downloads a week per patron, getting in-depth exposure to this wonderful music has become much easier. 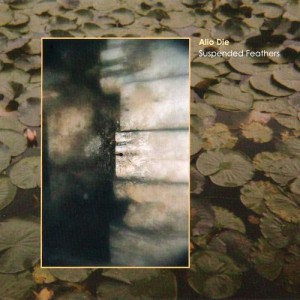 Led by Italian composer/performer Stefano Musso, Alio Die creates music much like the more gentle aural experiments produced by Brian Eno. This is music which is rewarding should you pay close attention to it, but it is also quite pleasing as a background, like art hung upon a wall. Alio Die makes extensive use of found sound and field recordings, as falling rain or bird calls are synthesized into melodic tones, a knocking upon a door or the chattering of insects becomes rhythmic devices. In one piece the sizzling of a lemon peel atop a stove functions as a foundation upon which the composition is built. These sounds are blended with ethnic and traditional instrumentation, ranging from flutes or a zither to the didgeridoo, floating over gentle electronic keyboard and synthesizer tones. Silence itself is an important element in Alio Die's music, heightening dramatic contrasts in compositions which open with a minimalist drone that builds from a distant whisper into a menacing throb. Much of Alio Die's music draws melodic ideas from the traditional religious music of Western Europe, and is at times simply gorgeous and transcendent ... if you pay close attention. Otherwise it makes for blissful sounds hovering in the background while you read or study.

Musso and his collaborators have been making music under the Alio Die moniker since 1990, and PCPL offers (through Freegal) a nice selection from their catalog. If after some Freegal downloads you get hooked (like I did), Alio Die's music is easy to find for sale on Amazon, and Musso's website (www.aliodie.com--presented in both Italian and English) offers a great discography for sale, links to videos and live performances, liner notes, reviews and concert dates. Alio Die's physical CD releases feature uniformly beautiful artwork, while the videos--often edited by Musso himself--are wonderful visual experiments.  Alio Die has released well over 50 albums, so there's plenty to explore.

Below are some highlights from Freegal's collection of Alio Die (a click on the title of each album will take you to its corresponding Freegal page):

Suspended Feathers. Originally recorded between 1994-96, this album features the work of flutist Gregorio Bardini. On tracks like "Ruins Garden Drones" and "Wings Of The Firefall," Bardini's exquisite performances help create deeply evocative music, his flute sounding a forlorn tone as it floats in among environmental sounds and electronic textures. The synthesized strings and keyboards in "Wings Of The Firefall" make for an almost percussive, propulsive sound which provides some energy to the solemn, elegiac feel of the piece.

Password For Entheogenic Experience. Released in 1998, this single-track album is a lengthy work building from a simple drone into a masterpiece of melancholic psychedelia which has been praised by both Robert Rich and Steve Roach. Created from sampled field recordings and synthesized textures, Password For Entheogenic Experience has been favorably compared to Baroque fugues in the measured logic though which it progresses. Best of all, being a single track, you can get the entire album with a single download!  (NOTE: Freegal lists this work as being just under four minutes long, but the actual download is over 64 minutes).

Il Tempo Magico Di Saturnia Pavonia. A more diffused work (released in 2003), this album nevertheless evokes the seamless, eternal beauty of ambient music at its best. The standout track for me here is "The Circular Development Of Time," which achieves a quality of both static beauty and graceful motion through repeated yet gradually developing samples. Musso's technique here effectively creates a circle of sounds, changing subtly through time, underpinned by a sustained accordion drone.

Tempus Rei. A full-length, two-track album, 2008's Tempus Rei is one of Alio Die's finest works. Themes recur throughout its half-hour songs, gradually moving in and out of the foreground.  Tempus Rei is a gently floating atmosphere of sounds, at times seemingly inspired by early Renaissance or Baroque music. A  zither and a lightly struck glockenspiel sketch out melodies while ambient environmental sounds (rain, wind, etc.) provide a backdrop.

Tripudium Naturae. A relatively recent release (from 2010) performed entirely by Musso, this album is among my favorites in the Alio Die repertoire. The opening cut, "Almucantarat," moves in a stately procession built upon what sounds almost like a harmonium backed by cymbals and bird calls. It makes me think of a wedding procession for winged gods. "Axis Mundi II" is grounded on a dramatic sequence of layered synth tones, almost like a fanfare at the conclusion of that wedding.