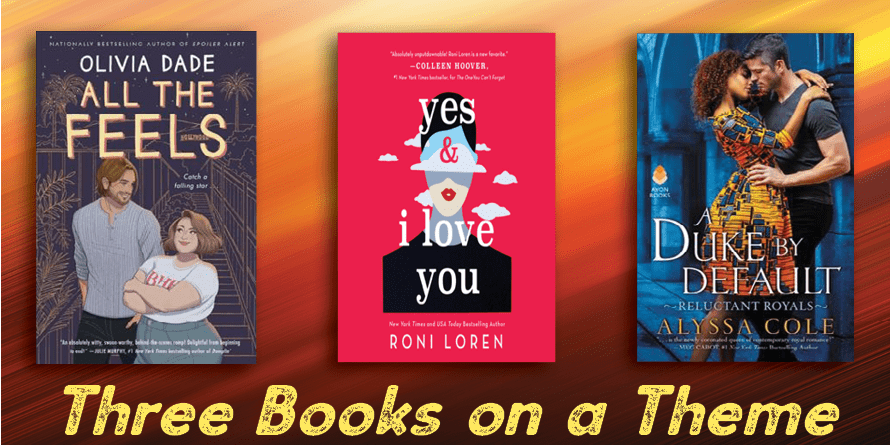 Did you know that October is ADHD Awareness Month? (I knew, but I forgot. Badum, chhhh.) There are millions of adults with ADHD, many of whom have never been diagnosed and treated thanks to the combination of ableist stigma and the stereotypical definition of a young white boy who can’t keep still. But we’re learning more and more about that particular corner of neurodiversity, thanks to the internet and social media. There are countless new and developing resources for people who might have Adult ADHD, but instead of going into the science, how about some fun romances featuring characters who have ADHD?

This is the second book in a series, and you might enjoy it more after having read Spoiler Alert, but it stands alone well enough if you’re okay with jumping right in the middle. Here, we have Alex, who plays one of the leads in an ensemble show that is essentially Game Of Thrones but make it Greek. He has ADHD and uses medication to keep himself focused and in line, but he still needs a “keeper” thanks to an incident that happened while filming. Enter Lauren, who he doesn’t particularly start off on the best of feet with. But they have to spend a lot of time together, and eventually, he grows on her.

Hollyn is a blogger whose following has been growing so significantly, her boss wants her to shift to video. But her social anxiety and general anxiety about her Tourette Syndrome have her balking at the idea. When she meets the new barista at her coworking space, who also teaches improv, she makes a deal with him to help her be comfortable on camera. Jasper (who has ADHD) is happy to help, with some goals of his own helping him make the decision. They, too, end up spending a lot of time together.

A Duke by Default

Portia is a hot mess, and always has been. She can’t settle on one thing, and is a regular disappointment to her parents. When she gets an apprenticeship with a Scottish swordsmith, though, she thinks she’s finally figured out where she belongs. The grumpy Scot, though, has other ideas. While the other two books in this list feature adult white men who already have ADHD diagnoses, Portia, a Black woman, has never even considered the idea, until she reads up on it based on a recommendation from her sister. (Interestingly, this was the book that inspired me to start looking into it for myself.)

If you read about these characters and find that you do want to look into adult ADHD, here are some actual resources:

Okay, I’ve clicked out of the tab where I was writing this enough that I think it’s time to finish! Happy ADHD Awareness Month! Even if you’re reading this in April!