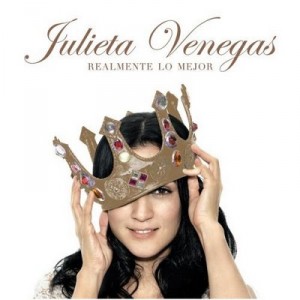 A strong mainstay in the Latin alternative music scene, Julieta Venegas has been making music since the release of her debut album, Aquí, opens a new window, in 1997. A wonderful vocalist and songwriter, she is originally from Long Beach, CA but raised in Tijuana, Baja California, Mexico. Her music is a mixture of Latin alternative, pop, rock en Español, with generous additions of traditional regional Mexican music found throughout. She's also an accomplished instrumentalist and well-known for her amazing accordion playing, an instrument not traditionally played by women within the Latin music scene. She is a breaker of barriers in her music on all levels. Julieta has won five Latin Grammys and one Grammy award for her album, Limón y Sal, opens a new window. She has collaborated widely with other Latino artists through her career. A great example of this is her 2008 album MTV Unplugged, opens a new window, which she recorded with Mexican pop singer Natalia Lafourcade, Spanish rap artist La Mala Rodriguez, and Brazilian pop star Marisa Monte.

Editor's Note: Lots of CDs by Venegas are available for download on Freegal, and I've added links to each album mentioned above which direct you to a download page.  Also, her MTV Unplugged performance is available on a concert DVD from PCPL: