From the Librarian Files

In Catholicism, June 24  is the feast day of St. John the Baptist.

According to tradition this day marks the beginning of the monsoon season. There is a legend that the Spanish explorer Francisco Vásquez de Coronado prayed for rain on June 24, 1540. Right after his prayers it rained.

John the Baptist ritually cleansed the faithful of their sins in the Jordan River.  So people of Mexico and the American Southwest once followed morning mass on June 24 with a dip fully clothed in the nearest body of water.

In the last part of the 20th Century, public celebrations of El Dia de San Juan faded in Tucson. Public fiestas on the nearby Tohono O’odahm reservation also disappeared.

In 1998, the City of Tucson in partnership with neighborhoods and private organizations revived the tradition of “El Dia de San Juan". 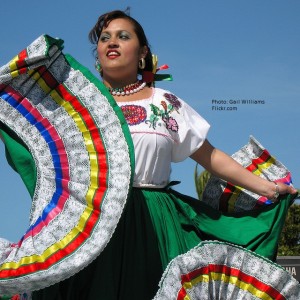