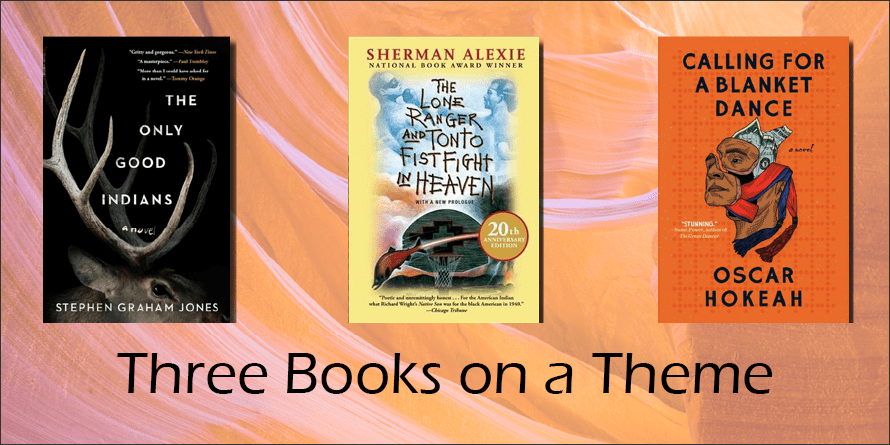 November is Native American Heritage month. In that spirit, PCPL presents these books by Native authors.

The Only Good Indians

Peter Straub's Ghost Story meets Liane Moriarty's Big Little Lies in this American Indian horror story of revenge on the Blackfeet Indian Reservation. Four American Indian men from the Blackfeet Nation, who were childhood friends, find themselves in a desperate struggle for their lives, against an entity that wants to exact revenge upon them for what they did during an elk hunt ten years earlier by killing them, their families, and friends.

The Lone Ranger and Tonto Fistfight in Heaven

This work chronicles modern life on the Spokane Indian Reservation. Victor, through whose eyes we view the community, is strongly aware of Native American traditions but wonders whether his ancestors view today's Indians--mired in alcohol, violence, and an almost palpable sense of despair--with sympathy or disgust. In spite of the bleakness of reservation life, the text brims with humor and passion as it juxtaposes ancient customs with such contemporary artifacts as electric guitars and diet Pepsi.

Calling for A Blanket Dance

Hokeah's debut will feel familiar to fans of Louise Erdrich and Tommy Orange, shifting between the perspectives of different characters and jumping around in time to tell a story of the contemporary experiences of Indigenous people, while also taking care to disrupt any reductive notions of homogeneity in this arena.