September is Sickle Cell Awareness Month. What do you know about it?

Sickle Cell Disease, opens a new window encompasses several disorders in which a person’s red blood cells become hard and sickle-shaped, causing autoimmune issues of varying types. Sickle Cell Anemia is a disease in that collective that has affected millions of individuals—mostly African-Americans and other international members of the African Diaspora, but also from other non-European communities—at varying levels of severity. Some are simply carriers of the trait, while others are members of families with several members fighting against it. In the past fifteen years, many steps have been made to treat and cure the illness, including a pneumococcal vaccine, but the disease itself remains nearly silent in communities that are not affected by it. 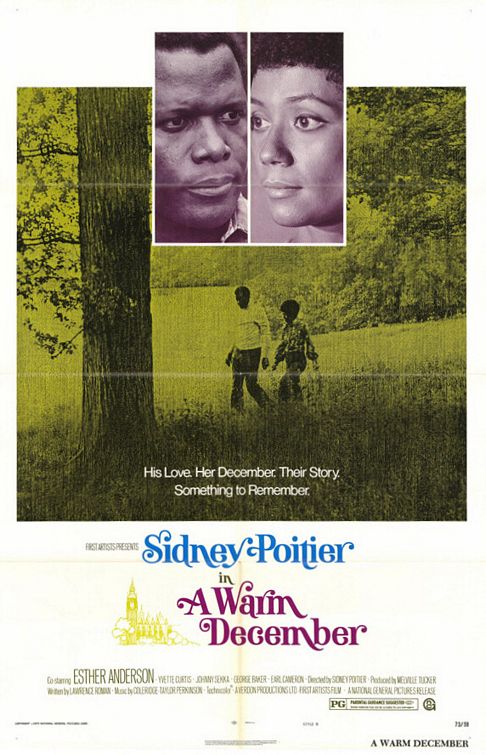 I personally learned about Sickle Cell Anemia in two linked ways: my grandmother’s love for the movie A Warm December, opens a new window, starring and directed by Sidney Poitier in the 1970s; and the slow illness and death of my mother’s cousin in her mid-twenties, when I was in elementary school.

Long out of print, A Warm December follows Poitier’s character, Dr. Younger, as he rapidly falls in love with a mysterious young woman while on vacation in London. Spoiler alert: it turns out this woman is dying of Sickle Cell Anemia, and wants to live her last days to their fullest, including taking the chance to love a wonderful man. I haven’t watched the movie in several years, but I can still recall the emotions behind the film.

When the disease moved closer to home, I made an effort (or what I could at that age) to learn more about it. There was very little information about it in the World Book set I'd been given for Christmas a few years earlier, so I read what I could about it in books—which wasn't very much in the mid-1990s. What I did find was usually buried in other kids' books about the human body. Because of the limited reach in the community it affected, there were not many youth-directed books about it; most of what I learned was through family members or public figures in the black community that were affected by it. Even now, most of the best information on it can't be found in books; with the way medical research moves these days, the most prominent information would be obsolete before it made it to print.

Here are some accessible resources about Sickle Cell Disease and Anemia:

“Calling Attention to the Dangers of Sickle Cell Anemia, opens a new window” from the Arizona Daily Star (AP) September 12, 2016

The most recent research from PubMed (National Institutes of Health, National Library of Medicine), opens a new window

Down by the River