You’ve seen the movies; you’ve read the articles. But how much do you know about D-Day?

Operation Overlord was a planned allied mission during World War II, in which American and other Allied Forces approached the beaches of France with one goal in mind: take the Nazi Army by surprise.

The earliest parts of 1944 saw British and American military leaders meeting in the south of England, plotting out the essentials of how to push the Germans back from the edges of France, which they’d occupied for four years. This would include land, naval, and air forces, and both camouflage and subterfuge.

Here’s a fun fact: Before June 6, 1944, D-Day was a generic term used for any big military operation; it was the precursor to the T-minus system that we see so often now, but it was D-minus and D-plus. Now, there is only one D-Day: the storming of Normandy. 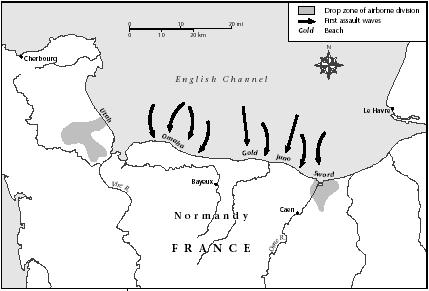 While the forces that made up the invasion were primarily American, Canadian, and British, there were also military units from Australia, Belgium, Czechoslovakia, France, Greece, the Netherlands, New Zealand, Norway, and Poland.

The mission itself included several moving parts, including Operation Neptune, the initial invasion, in which fifteen thousand troops would be the first to arrive in amphibious marine vehicles, and another twenty thousand paratroopers would land behind the lines. Behind them would come nearly two hundred thousand troops. While a surprise mission, this was by no means a bloodless win for the Allies—the German contingent guarding the beach was smaller, but they had higher ground.

Meanwhile, Operation Fortitude was happening down the coast at Pas de Calais—if by “happening” you meant all kinds of fake radio broadcasts and an actual array of fake invasion camps and bombardments. This elaborate plan was developed to cause confusion among Nazi forces where there might be an attack from Britain, since there was probably no way to hide the fact that American and other international forces had found their way there to help Great Britain keep the blitzkrieg at bay.

The French names for the beaches in play aren’t lost to history, but Omaha Beach and Utah Beach (as well as Gold, Juno, and Sword Beaches, those taken on by Canadian, British and European forces) are probably going to be more familiar to us.

The day ended bloody for both sides, but it gave German Military a two-front war to fight. So far, German progress had only been outward. But they finally found some resistance at the borders of the Soviet Union, and they had been raining bombs onto Britain trying to get them to surrender like France and Belgium had (which, of course, if you remember your Churchill, Britain promised they would never do).

Afterward, more than a million men and women made their way into Normandy, pushing further and further into France. It would take a while to cross into Germany, but without this particular operation, who knows what might have gone differently?