The community-building power of humility 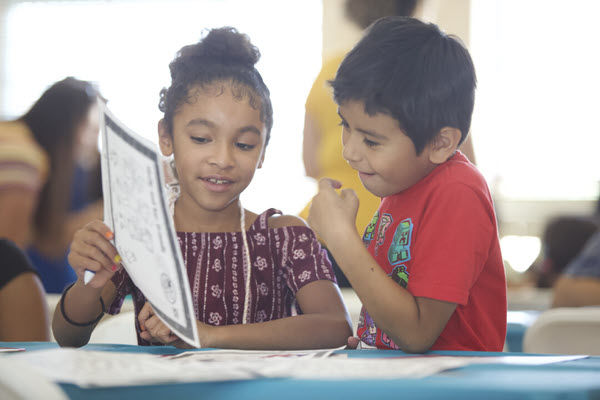 It’s no secret that a lot of really wonderful people work in libraries. I learn so much from having regular access to motivated, smart people who are so passionate about helping others. The best librarians possess a unique blend of conviction, commitment, and humility that allows them to effectively and gracefully impact lives in their communities.

And those qualities were abundantly evident in my recent conversation with Amy Rusk, Library Services Manager at the Pima County Public Library about their “Library Night Out in Old Pascua” program.

The program was created with two of Pima’s four strategic objectives in mind:

The program targets the Pascua Yaqui Community, the Tohono O’odham Community, Pima County residents who identify as Native American, and anyone who is interested in Native American arts programming. Historically, there has not been a targeted effort on the part of the Pima County Public Library to provide programming that is pertinent to the Pascua Yaqui, Tohono O’odham or other Native communities, which together make up approximately 4% of the county’s population.

Though the community is relatively small, the need is great. Old Pascua has a poverty rate of 30%, compared to 12% in the overall county. A by-product of the poverty rate is that many people don’t have vehicles and public transportation is spotty, so it is difficult for the community to come to the library.

Amy Rusk and the Many Nations team knew that to be customer-focused and take services to the community, they had to get up and go to them.

It’s important to be convinced that the library has something for everyone and committed to reaching all the residents of Pima County. But Amy stressed to me how much having an attitude of humility has been a part of the success of this program from the very beginning. Both in terms of designing programs that meet the information needs of this community and honoring their cultural norms and traditions.

As she said to me in a discussion about the event, “A lot of library outreach starts from a stance of ‘We’re bringing the library to someone.’ Whether that’s a digital program or a bookmobile, that’s a good place to start. But in this case, we knew we had to go further and build the program together from the ground up.“

By putting down expectations and listening, Amy’s team was able to build a program that, from the start, felt to participants like it grew up from within the community, rather than simply being delivered by an outside agency.

Include partners in as many ways as possible 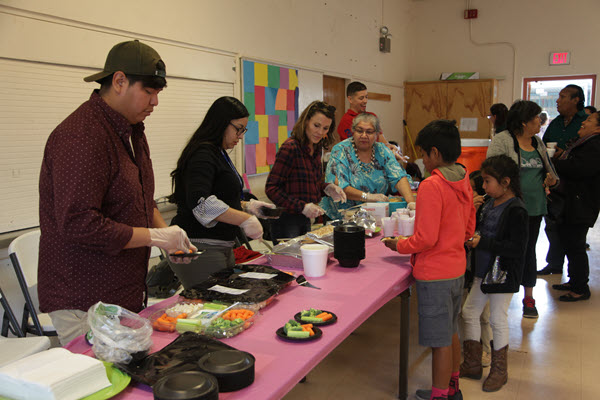 For this program, the Pima County Library partnered with the Tucson Indian Center, the Pascua Yaqui Tribe, and Arizona Public Media. The program was created to reach members of the Pascua Yaqui Community, the Tohono O’odham Community, Pima County residents who identify as Native American, and anyone who was interested in learning more about Native American culture and issues.

Funding for the program has been a joint effort, with each partner providing what they can to make the events happen. For example, the Pima County Public Library Communications and Systems Office provides the promotional media and graphics; the Richey Resource Center in Old Pascua provides chairs and tables; the Pascua Yaqui Tribe makes traditional food; Arizona Public Media supplies a large screen and a crew to air the documentary; the Indian Center provides popcorn; and all involved contribute to decorating the space. The events are staffed by the library’s Many Nations Team and folks from the other organizations, too.

Continue with a process

Each “Library Night Out” event began with the arrival of the library’s bookmobile. There is a customary blessing and feature documentary film that centers on the Native American experience. In addition to serving traditional food, partners offer culturally relevant crafting, a musical presentation, and, sometimes a panel discussion with representatives from local Native American communities. 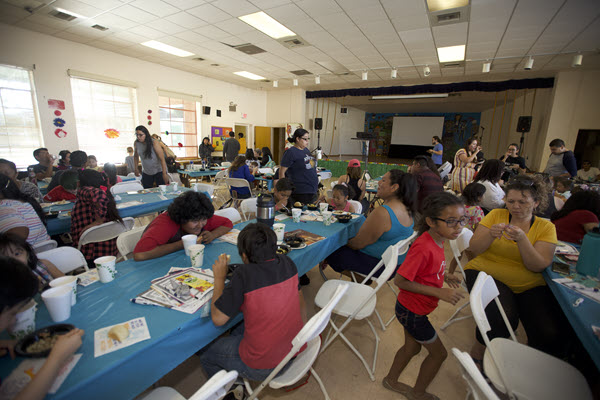 Amy told me the “Library Night Out” project was successful because it shifted power dynamics, rules, and expectations. “Instead of being a minority presence in our library,” said Amy, “during ‘Library Night Out,’ the culture and representation of Old Pascua becomes the norm and community members experience themselves as the majority. That comfort contributes to greater trust and interest in what we have to offer.”

Community partners now recognize and respect this shift in authority, and all have learned from not doing business as usual. As Amy said, “Instead of bringing customary library programming to a community, we are creating culturally relevant, dynamic programming as a team.”

Because of their commitment to serving and partnering with the Old Pascua community, Pima County Library staff were able to continue the program during the COVID-19 outbreak as “Library Night In.”  Connecting virtually helped keep the momentum going and the lines of communication open, but Amy can’t wait to get back into the community to celebrate and learn together in person once again.