Everyone in the United States is familiar with the date of July 4. It’s our Independence Day. The day the Second Continental Congress first adopted its Declaration of Independence, opens a new window (though the document wouldn’t be fully signed until later that same summer).

But July 4 is a day like any other, and therefore is the anniversary of tons of other things as well. Check it out!

362 BC - Battle of Mantinea, opens a new window

Theban occupiers battle soldiers from Sparta, Athens, and other city-states. Both sides claimed victory, but Epaminondas, Thebes's most capable leader, was killed.

The Treaty of Lancaster was signed as an agreement between the British and the Iroquois federation, opens a new window, in which Iroquois land was given to the colonies in exchange for what they considered a good deal of gifts and authority over decisions and the speaking rights of their peoples. Unfortunately the original charter indicated a much larger amount of land than the Iroquois thought, so it was a pretty crap deal.

Read this speech by Cayuga chief Gachadow at the signing of the treaty, opens a new window.

1803 - The Louisiana Purchase is publicly announced

Legend has it that on his deathbed, Jefferson claimed “Adams lives” and Adams claimed the reverse.

And it has been studied by academics and dilettantes alike ever since.

While not the first institution of higher and continuing education for black people in the United States, it was the most well known and has been one of the most renowned HBCUs throughout its existence, opens a new window. Founded by Booker T. Washington as a vocational school, the Tuskegee Institute started out with fewer than fifty students. It is now Tuskegee University.

A cartoonist by trade, Rube Goldberg is most known for the machines that bear his name. Designed with a specific task in mind, these machines are complex and complicated, and continue to be explored, designed and built.

She lived in Britain and was considered a “scorcher” — someone who loves to go far beyond the speed limit and often draws the attention of law enforcement. 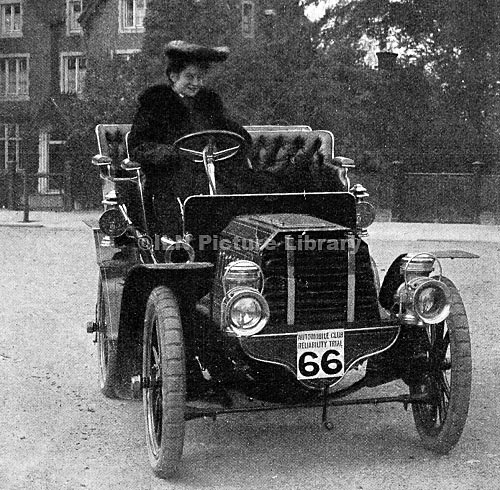 Boxer Jack Johnson, opens a new window became the first black Heavyweight Champion of the World in 1908. In the world of Jim Crow, people in boxing and the rest of the world were determined to take it back from him, to the point of pushing Jim Jeffries to come out of retirement to fight him for the prize.

It didn’t work, obviously. But Johnson was blacklisted later in his life after several instances of discrimination led to the loss of the prize and his integrity.

The first woman to receive the Nobel Prize, Marie Curie is known for having discovered several elements and basically bringing us into the age of modern science.

One of the best baseball players of his era, Lou Gehrig is most well known for having ALS, a crippling muscular disorder that took him out of the game forever. His farewell speech is one of the best-known in baseball.

Before 1947, India was part of the British Empire. It was a colony and then a commonwealth, ruled by the Queen and by Parliament.

A History of British India

Did you know the Act was Cold War related? I thought it was much newer!

Considered the originator of Regency romance, we have Heyer to thank for the copious amounts of Dukes and balls we currently have access to.

And it remained in the news for quite some time afterward.

Want to know more about July 4? Start clicking around on Wikipedia, opens a new window!