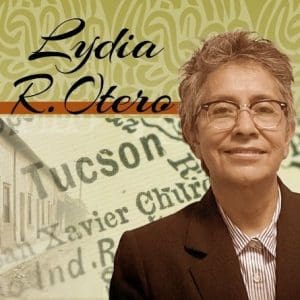 (Tucson, AZ) The LGBTQ+ Services Committee, opens a new window of the Pima County Public Library in partnership with the Library's Nuestras Raíces Team, opens a new window presents A Conversation with Lydia R. Otero (they/them/theirs). The free, virtual event will be held on Saturday, October 16, 2021 from 10 to 11 am.

This conversation will be held on GoToWebinar. Register to attend, opens a new window and an email will be sent the day before the event with information on how to join.

Lydia R. Otero explores contested landscapes in Tucson, Arizona. They are the author of La Calle: Spatial Conflicts and Urban Renewal in a Southwestern City, opens a new window and In the Shadows of the Freeway: Growing Up Brown & Queer, opens a new window. Otero was born and raised in Tucson and their interest in regional history was inspired by their deep family roots on both sides of the Arizona-Sonora border. Among their many accolades, Lydia was the Organization of American Historians (OAH) Distinguished Lecturer in 2021. In addition, they were appointed—in January 2020—by Mayor Regina Romero and Ward One City Councilperson Lane Santa Cruz to a four year advisory term as the Historian for the Tucson-Pima County Historical Commission. In 2019, they were awarded the Dolores Huerta Legacy Award by the César E. Chávez Holiday Coalition for activism and scholarship focusing on bringing awareness to Mexican American and local history. 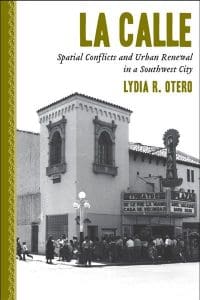 La Calle: Spatial Conflicts and Urban Renewal in a Southwestern City (2010) focused on a 1966 urban renewal project, which targeted the most densely populated 80 acres in Arizona. Although Mexican Americans dominated the renewal area demographically, most of the city’s Asian and African Americans also lived there. Otero gives voice to those who lived in, experienced, or remembered this contested area and details the forces behind the mass displacement. La Calle provided the source material for the Borderland's Theater's "Barrio Stories," a 2016 theatrical event that attracted more than 5,000 people. 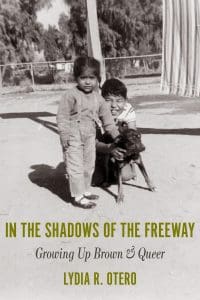 In 2019, Otero released In the Shadows of the Freeway: Growing Up Brown & Queer, which merges personal memoir and the historical archive. Born in Tucson in 1955, Otero starts the book by affirming, “I knew I was queer the moment my consciousness had evolved enough to formulate thoughts…I recognized my queerness even though I lacked the language to name it. My family saw it too. Even before I entered the first grade, my older brother had nicknamed me ‘La Butch.’” Otero also describes how a new freeway created a barrier that greatly influenced formative aspects of their childhood, and the multiple effects of environmental racism. For their family and neighbors, its effects were oftentimes lethal, resulting in layers of unresolved intergenerational trauma. Otero also highlights their day-to-day survival mechanisms, the exhilaration of first love, and the support they received from key family members.