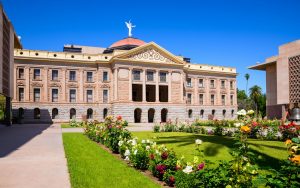 Did you know Tucson was once the capital of the Arizona Territory?