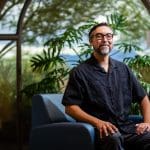 This column, part of the monthly Heavy Metal Librarian series, originally ran in the Get Out! section of the Green Valley News on October 22, 2022. The series is authored by Charlie Touseull, Tween/Teen Librarian at Joyner-Green Valley Library.

When I was in junior high and my parents saw that I had a voracious appetite for reading, they began gifting me some of the novels they owned and enjoyed as a way to share their love of literature with me.

Seeing those shared titles on my bookshelf had a significant impact on me as a young person. I might not have known it at the time but in retrospect those handed-down paperbacks helped to shape who I was to become. Among the stack of books that my parents gifted me was a worn copy of Slaughterhouse-Five by Kurt Vonnegut.

Slaughterhouse-five, Or, The Children's Crusade

My eighth-grade intellect could not fully grapple with the weight of that novel, but I knew I had just finished a significant book, one that held lots of symbolism and deeper meanings than I fully grasped at the time. I did not read it for a book report or for a school essay; I just read it because I wanted to.

Later, when I was in a high school English class, I would learn of the prominence and prestige that surrounded Kurt Vonnegut. It was confusing to me that the book was so often the centerpiece for controversy and vitriol for some people who sought to ban it from libraries and bookstores. Back then, as a young adult who wanted nothing more than to explore the world around me through the pages of books, it confounded me how anyone would think that limiting one's perspective to the complex world that we lived in would in some way make that world a better place.

Many years later, I find myself working as a librarian at a public library, where the job is to share the world of storytelling, history, culture, and the love of learning with my community. It is a role that I hold dear to who I am. 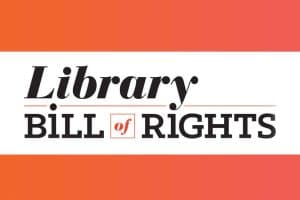 The first line of the Library Bill of Rights, drafted in 1938, reads, “The freedom to read is essential to our democracy.” Personally, I hold that truth to be self-evident. It is a statement that holds special resonance during this week, when discussing the ever-looming threat to the foundational mission of libraries.

The American Library Association (ALA) reports that from Jan. 1 through Aug. 31, 2022, there were 681 attempts to ban or restrict library resources, and that 1,651 titles were targeted. Last year, 729 attempts were made to censor library resources, targeting 1,597 books, which represented the highest number of attempted book bans since ALA began compiling these lists more than 20 years ago.

ALA President Lessa Kananiʻopua Pelayo-Lozada says of these attempted book bans, “The unprecedented number of challenges we’re seeing already this year reflects coordinated, national efforts to silence marginalized or historically underrepresented voices and deprive all of us – young people, in particular – of the chance to explore a world beyond the confines of personal experience.”

As librarians, we develop our collections and provide resources to our community that promote the proliferation of knowledge and the sparking of new ideas, doing so in a free and equitable manner that benefits all our patrons in order that individuals and families are able to make their own decisions about what to read. Banning books does not shield anyone from the complexities of life or the hard realities that we all have to face at one point in our life’s journey. Instead, that deprivation of wisdom only denies young people the tools and resources they may need in confronting challenges. 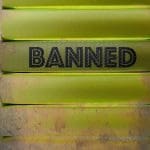 In 1973, when confronted with the possibility that a high school wanted to hold a book burning of Slaughterhouse-Five and some of his other works, Kurt Vonnegut said, “If you were to bother to read my books, to behave as educated persons would, you would learn that they are not sexy, and do not argue in favor of wildness of any kind. They beg that people be kinder and more responsible than they often are.”

As Vonnegut famously said, “New knowledge is the most valuable commodity on earth. The more truth we have to work with, the richer we become.”

Our society thrives and blooms the most colorful when all voices are allowed to resonate unimpeded and without censorship. These are just but some of the reasons libraries commemorate Banned Book Week.