The founding of Tucson has been declared to be August 20, 1775 with the establishment of El Presidio de San Augustín de Tucson, opens a new window. The Perspectives of the Past Oral History Project, opens a new window lets us hear about the way life has been lived in Tucson through the words of those who lived it.

Artist Rose Cabat called Tucson home for over 70 years. Before she passed away in January of this year, she talked to Lisa Waite Bunker about her art and her life in Tucson.

Cabat, a native New Yorker, moved to Tucson in 1942. In this interview, opens a new window, Cabat describes her career as a potter and an artist in Tucson.  She talks about working as a riveter at Davis-Monthan Air Force base during WW2 and describes Tucson in the ‘40s. Cabat gained fame for her pottery, in particular, small decorative pots known a “Feelies.”  Cabat attended an artist luncheon at the White House during the Carter administration and had a show at the Smithsonian Museum, featuring her “Feelies.”

Listen to the Rose Cabat interview., opens a new window 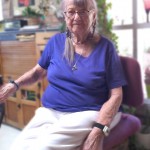 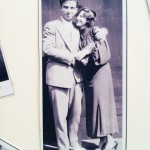 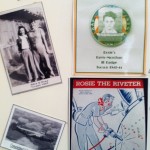 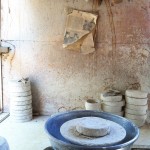 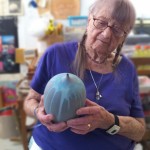 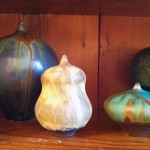