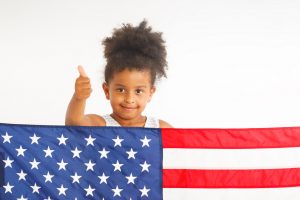 February is Black History Month. Where to start?

In this blog post, we'll be exploring the history of Black History Month itself. And there's plenty more to learn about at the library!

How did it begin?

Black History Month began in 1926 as part of an initiative by writer and educator Dr. Carter G. Woodson, opens a new window, who launched Negro History Week. Woodson proclaimed that Negro History Week should always occur in the second week of February — between the birthdays of Frederick Douglass and Abraham Lincoln.

In the decades the followed, mayors of cities across the country began issuing yearly proclamations recognizing Negro History Week. By the late 1960's, thanks in part to the Civil Rights Movement and a growing awareness of black identity, Negro History Week had evolved into Black History Month on many college campuses.

President Gerald R. Ford officially recognized Black History Month in 1976 by calling upon the public to “seize the opportunity to honor the too-often neglected accomplishments of black Americans in every area of endeavor throughout our history.”

Since 1976, every American president has proclaimed February as Black History Month and endorsed a certain theme. Today, other countries such as Canada and the United Kingdom also devote a month to celebrating black history.

The 2017 theme for Black History Month is "The Crisis in Black Education" which focuses on the crucial role of education in the history of African-Americans. Addressing especially the needs of black urban youth in public schools who lack resources and endure overcrowding that results in a stark racial achievement gap.

What next? How about a deep dive into some lesser-known achievements of African-Americans?

The Grace of Silence