The Library's Biblio Lotus, opens a new window team is delighted to present this interview series, hoping to elevate AAPI (Asian Americans and Pacific Islanders) communities' voices and celebrate their culture. The interviewees are in different fields and from various backgrounds, but their dedication to AAPI histories and cultures helps form our diverse and dynamic community in Pima County.

The University of Arizona recently announced, opens a new window the creation of the Asian Pacific American Studies minor. The new minor is under the Department of East Asian Studies, opens a new window in the College of Humanities, opens a new window. The Biblio Lotus Team interviewed several faculty members teaching courses for the new minor: Jonathan Jae-an Crisman, Dian Li, and Ragini Tharoor Srinivasan. The creation of the Asian Pacific American Studies Program is the successful result of a decades-long process championed by University of Arizona faculty and students. All three professors expressed admiration for Dr. Brett Esaki, opens a new window, who played an integral role in helping form the program.

About the faculty members

Professor Jonathan Jae-an Crisman , opens a new windowis an artist and urban scholar. His current research focuses on how art and culture act as forms of political engagement in the gentrification of cities and culture, and the politics surrounding the deaths of migrants in the borderlands. He holds a PhD in Urban Planning and Development from the University of Southern California, Master of Architecture and Master in City Planning degrees from MIT, and a BA in Architectural Studies, Geography, and Urban and Regional Planning from UCLA.

Professor Dian Li , opens a new windowreceived his Ph.D. in Asian Languages and Cultures at the University of Michigan. He is the author of two books and many essays and articles on modern Chinese poetry, fiction, and films. Profession Li's research interests include classical and modern Chinese critical theories, diaspora and translational studies, translation theory and practice, contemporary Chinese poetry and film.

Professor Ragini Tharoor Srinivasan , opens a new windowis Assistant Professor of English and Vice Chair of the graduate interdisciplinary program in Social, Cultural, and Critical Theory at the University of Arizona. She is Co-Chair of the Academic Council of the South Asian American Digital Archive, and is an award-winning journalist and former magazine editor with bylines in over three dozen scholarly and public venues. Dr. Srinivasan taught at the University of Nevada, Reno, and the University of California, Berkeley, where she earned a PhD in 2016. 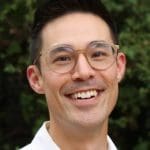 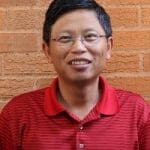 When and how did you come to Tucson/Pima County?

I moved to Tucson in 2019 to work at the University of Arizona. I’ve been working on a border-related project for the past six years or so which brought me to Southern Arizona every year and so I knew how special Tucson is as a place. I was really excited to start in the newly established Department of Public & Applied Humanities—the only program of its kind in the nation! The department is a transdisciplinary humanities space for work that is collaborative and applied, rather than siloed by language or medium. The University of Arizona is a really forward-looking place to have allowed a department like this to be established.

I came to Tucson for the job at the University of Arizona in 1999 and I fell in love with the city immediately. I had never been to Tucson before. My on-campus interview happened in January. Coming from the snow-covered country in Iowa—I was teaching at Iowa State at the time—and stepping into the sunny weather in Tucson, I could not believe my luck. Since then, I have raised a family with my wife here and feel I belong to this beautiful place more than ever.

How was the Asian Pacific American Studies program formed?

Sometime in 2003, David Ng, a political science major at UA who had taken my courses, came to me with the idea to start a student petition for an Asian American Studies program at UA. He was inspired by what he learned at a summer program at the UC Berkeley. The petition gathered hundreds of signatures from members of the university community, to which the then-Provost Davis responded favorably. I was asked to write a proposal for an AAS Minor Program, which was then to be approved by many levels of faculty committees. Unfortunately, the proposal did not pass the Undergraduate Council for technical reasons based on apathy and ignorance. It was a disappointment, especially for David, who put in lots of time and effort.

The conversation about establishing such a program has never stopped among interested faculty, staff, and students, though. Students’ demand has always been the driving force in the establishment of APAS Programs almost anywhere. When the idea originated from students again a couple of years ago, it was greenlighted by stakeholders from all sides at the university. A committee of interested faculty was quickly formed. Professor Brett Esaki deserves lots of credit for providing feasibility studies and a draft program proposal, which helped move the approval process smoothly. The APAS Minor Program will be officially in place in fall 2021.

What specific needs are fulfilled by this program?

There are several important needs that are fulfilled by the APAS program. First, Asian American studies is an important field that offers unique insights and documents, important histories that are not captured elsewhere – so there is an intellectual and scholarly need for a locus of such work. But there is also a very important student-centered need as well: our APIDA students were missing this critical resource where they could see their own histories reflected in curricula, and our non-APIDA students lacked a program where they could learn about intercultural competence for Asian American cultures. Asian Americans are one of the fastest growing groups in the United States, and everyone is well served when we can provide understanding and learning across difference and culture.

How does the Asian Pacific American Studies program at the University of Arizona differ from other programs or degrees? For example, how does it differ from a history degree?

APAS is an interdisciplinary minor. This means that the faculty involved have been trained in a number of different disciplines, including History, Urban Studies, Religion, and Literature. It also means that we invite students from across the disciplines to take our classes and earn the minor.

APAS is what we would call an “identity field of study,” given that it aims to teach the social and historical emergence as well as cultural production of people belonging to “Asian American” and “Asian Pacific” communities, broadly defined. By that same token, APAS is a field of study at the intersections of the humanities and social sciences. It draws on the critical traditions of both Ethnic Studies and Area Studies, and, to that end, it will fundamentally interrogate the very premise of “identity” as an organizing rubric for scholarly study.

Arizona House Bill 2281 was signed into AZ state law by Governor Jan Brewer in 2010, banning the Mexican American Studies program in the Tucson Unified School District. The Supreme Court ruled the ban to be unconstitutional in 2017. How do you think this ruling has affected or strengthened the formation of the Asian Pacific American Studies program at the university?

I think that the young people who really wanted this program realized that they couldn’t sit around and wait for the “adults” to figure things out. So often, the adults who have all the power are the ones who are the most clueless, and the young people have to organize and lead the way. They are the future, and they certainly played a hugely important role in advocating and pushing for this program for years

Do you feel your life experiences give you a different perspective on life at the University and in Tucson/Pima County?

Of course, one’s view of life is always shaped by one’s past, in ways of which one is not always aware. I grew up in Mao’s China and came to the United States as a wide-eyed student. My appreciation of life in America is sometimes based on a comparative perspective of what life would have been like in China.

What surprised you about living in Pima County or Arizona?

I will say that this is no surprise now, and it’s a big reason why I moved here, but I was totally taken by surprise by the rich and unique activist culture in Tucson the first time I visited to work on the border project that I mentioned earlier. This was right after SB 1070 was passed, so I was expecting the worst. Little did I know, Tucson was the birthplace of the sanctuary movement, and was a locus for so much really distinct faith-based activism. It’s such a special place—and not to mention, it has one of the most incredible food scenes in the nation!

And, of course, this interview wouldn't be complete without asking what books you're currently reading...

The Ministry for the Future

I recommend it to everyone: you won’t find a more gripping, imaginative, and disturbingly likely depiction of our shared future as our planet transitions through the effects of climate change. It is also a dark reminder of the global distribution of risk and harm that will come out of climate change, which will likely impact folks in places like South Asia much worse than in North American to a horrifying degree. And yet the book is also surprisingly optimistic and hopeful – we can figure this out, if we work together! It’s a great read.

How to Avoid A Climate Disaster

I appreciate Gates' proposals to answer the environmental challenges facing the world today.

I recently taught a graduate seminar in Asian American literature; the books for that course are freshly on my mind, and I recommend all of them!