The Lunar New Year is one of the biggest international holidays with over 1.5 billion people across the globe celebrating new beginnings.

Although the holiday is commonly known as Chinese New Year, Lunar New Year is celebrated by various Asian countries, regions, and cultures with different traditions and customs.

Lunar New Year typically falls sometime between January 21 and February 20 annually. Lunar New Year 2021 is on February 12, and it's the Year of the Ox.

What does the Year of the Ox mean?

Every Lunar New Year correlates to one animal and its characteristics from the Chinese zodiac, which is a cycle of 12 years and 12 animals. 2021 is the Year of the Ox, an animal attributed as hardworking and reliable. According to Reader's Digest. If you were born in the Year of the Ox, it is said 2021 will be the time you will be rewarded for your increasing efforts.

People born in the Year of the Ox are strong, reliable, fair and conscientious, inspiring confidence in others. They are also calm, patient, methodical and can be trusted. Although they say little, they can be very opinionated. They believe strongly in themselves, but are also stubborn and hate to fail or be challenged. 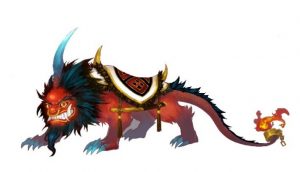 According to tales and legends, the beginning of the Chinese New Year started with a mythical beast called the Nian, opens a new window. Nian would eat villagers, especially children. One year, all the villagers decided to go hide from the beast. An old man appeared before the villagers went into hiding and said that he's going to stay the night, and decided to get revenge on the Nian. All the villagers thought he was insane. The old man put red papers up and set off firecrackers.

The day after, the villagers came back to their town to see that nothing was destroyed. They assumed that the old man was a deity who came to save them. The villagers then understood that the Nian was afraid of the color red and loud noises. When the New Year was about to come, the villagers would wear red clothes, hang red lanterns, and red spring scrolls on windows and doors. People also used firecrackers to frighten away the Nian. From then on, Nian never came to the village again. 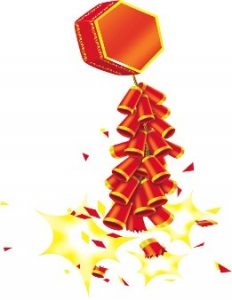 Dig deeper with these book lists and other sources related to Lunar New Year!