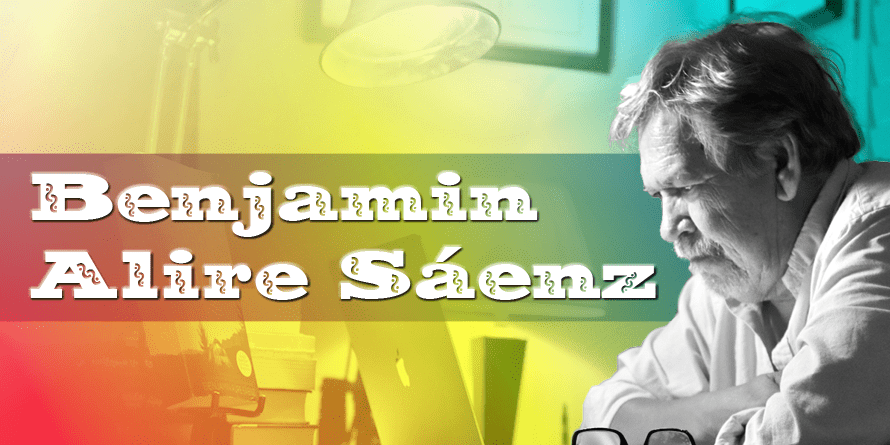 In advance of Benjamin's appearance at the LGBTQ+ Services Committee's 25th Anniversary Author Talk (October 15 from 2 to 4 pm), we decided to check in with him on a variety of topics, from music and activists to painting and fictional characters. Take a look... these are some awesome answers! 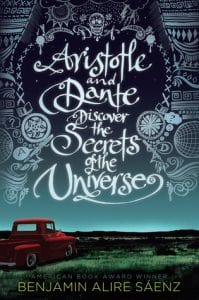 Of your characters Aristotle and Dante, with whom do you most identify? Why?

Though both characters represent two very different sides of me, I most identify with Ari who doesn’t seem to recognize his virtues—or doesn’t seem to think he has any virtues at all. He’s a loner, has a hard time giving and accepting affection and keeps whatever he thinks and feels to himself. He wants to be invisible—and, of course, he isn’t. He wants his father to love him and is completely blind to the fact that his father does love him. He accepts his mother’s affection grudgingly and isolates himself from most of the rest of the world. When I was growing up, I behaved like Dante and on the inside, I was Ari through and through.

If you could create the soundtrack to the movie, what artists would you choose? Why?

This is a completely unfair question because I would use songs from a completely different era (other than La Bamba as covered by Los Lobos). And I will also reveal myself to be a complete dork by the songs I choose. I would use the following songs:

And to make sure you know just how much of a dork I am, The Rainbow Connection sung by Kermit the Frog 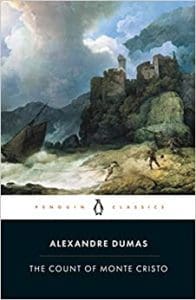 If you could be any fictional character of all time, who would it be?

Well, I’ve never really thought about this question, and it’s the first time I’ve had to think about who I’d like to be. Hmm, okay I’m going to take a shot at this. I’d be the Count of Monte Cristo. He takes the cruel world and its judgments and has the courage never to give into despair. He reinvents himself—and by doing so, he beats the world at its own game. And how’s this for a contrast, I’d like to be Remy, the rat in Ratatouille, a modest, humble, loveable rat who has a dream and has the courage to beat the odds. As you can tell, I love an underdog. Because that’s my story.

Are there any writers, artists, activists, or musicians whom you admire?

*Please see bottom of post for books and movies by some of the folks mentioned here.

Of course, of course, of course. I’m going to leave out a lot of names because there are so many. The word, WRITER, the word ACTIVIST, the word ARTIST, and the word MUSICIAN are holy words and the men and women who have become those words—they are the people who have made our lives worth living. And these people have changed me and inspired me and have helped me become the man I am today: James Baldwin, St. Francis of Assisi, Martin Luther King Jr., Cesar Chavez, Gloria Steinem, June Jordan, Richard Wright, Joan Baez, Jane Fonda, Lily Tomlin, Denise Levertov, Denise Chávez, Bobby Byrd, Adrienne Rich, C. D. Wright, Nina Simone, Joni Mitchell, K. D. Lang, James Drake, Vincent Van Gogh, Elisabeth Kübler-Ross, Eleanor Roosevelt. Jimmy and Rosalynn Carter, Luis Alberto Urrea, Sandra Cisneros, Norma Cantú, Langston Hughes, Ella Fitzgerald, Linda Ronstadt, Carlos Santana, Dalton Trumbo, Pablo Casals, Alberto Álvaro Ríos, David Duncan, Ellen Hopkins, Andrew Smith, Amy King, Ralph Ellison, Toni Morrison, Anne Bancroft, Bette Middler, Barbra Streisand, James Dean, Stephen King, John Irving, Antonio Castro, St. Catherine of Sienna, Sur Juana Ines de la Cruz, George Wyeth (the only signer of the Declaration of Independence to free his slaves), Billie Holiday, Miles Davis, Mark Ruffalo, Aitch Alberto, William Faulkner, James Joyce, Ernest Hemingway, Joan Miro, Andres Segovia, The Abraham Lincoln Batallion, Edwin Rolfe, Virginia Wolfe, Michael Cunningham, Charlie Chaplin, Gabriel García Márquez, Federico García Lorca, Archbishop Oscar Romero, who before he was assassinated while saying mass, uttered these immortal words, “If you kill me, I will resurrect in the struggles of my people.” Victor Frankl, Abraham Heschel, Anne Frank, and Groucho Marx who famously said, “Outside of a dog, a book is man’s best friend. Inside of a dog, it’s too dark to read.” and on and on and on. Oh, and lastly, my mother whose entire life was a work of art. At her funeral, I delivered her eulogy. And I said of her, “If living is an art, my mother was Picasso.” I have the privilege of belonging to an incredible community of creatives that have changed the world. And if anybody ever complains to you about universities and their liberal arts program, punch them in the face, then pick them off the ground and see to it that they get medical attention—and pay for the bill. 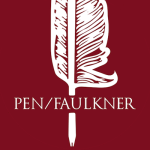 How does it feel to be the first Latino to win the PEN/Faulkner Book Award?

I did not know, until hearing that I’d won the award, that I had been the first Latino to have been presented with that honor. At first, I was very proud and it was great that I belonged to so many communities that were claiming me as being one of their own. Headlines read something like this: First El Paso writer to win PEN Faulkner award. First Texan to win PEN Faulkner Award (that surprised and pleased me—if only because the history of exclusion in Texas is a virulently long and stubborn one), Second Gay man ever to win PEN Faulkner (the first being Michael Cunningham—this too surprised me. First Latino to win PEN Faulkner. But after the notion that I had been the first Latino to have won that award (though it did not diminish my pride), I was reminded of the history of exclusion which has pervaded every aspect of our lives, from literature to art to history to employment to housing. I’m going to put that in my pipe and smoke it for a long time to come. Ten years later, I am still the only Latino that has won that award. Luis Urrea, who is a brilliant writer was a finalist and I really believe he more than deserved to win that award. But it was not to be. I’m wondering how much time will elapse before one of the writers from the two communities that I belong to and cherish will be found good enough to be given that award?

You’re also a painter. Do your paintings inspire any of your writing, or vice versa? 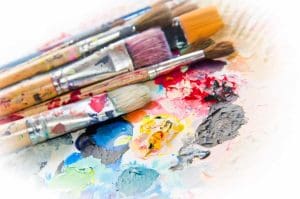 My painting is connected to my writing but it is very different than my writing. I get so tired of words sometimes and I feel as though there aren’t any words living inside me anymore. And I have to stop and tell my stories in other ways. And I turn to painting. Painting frees me in ways to writing doesn’t have the means to free me. I can listen to music when I paint and it’s something so physical. Writing requires perfect silence. I am a much more spontaneous creator when I paint, but just like writing, the act of painting exhausts me—and just as much a mental effort as writing. I love how a painting gives you the entire story all at once. You have an immediate experience. Writing is revealed one page at a time. You have to turn the pages. You turn page after page after page to get the entire story. Writing and painting just function differently in our brains and in our hearts. I don’t think I’m doing justice to either art as I talk about this. Let’s just say that painting has made me a better writer. And writing has made me a better painter. But how that works? I don’t have it in me to explain it how the whole damn thing functions inside me. 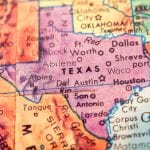 How does living on near the U.S. – Mexico border influence your work?