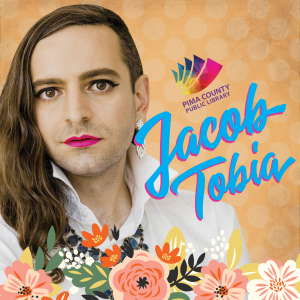 (TUCSON, Ariz.) – If you haven’t read Sissy: A Coming-of-Gender Story, you really should! We’d recommend doing so before October 16 when author Jacob Tobia (pronouns: they/them) will be at Murphy-Wilmot Library (6 to 8 pm).

Making a stop in Tucson during their national book tour, Jacob will speak about gender, stereotypes, growing up not sure if you’re (a) a boy, (b) a girl, (c) something in between, or (d) all of the above.

With compassion, wit, and penetrating insight, Jacob will dazzle the audience with an open and honest discussion about how we can build a world free from gender-based trauma and bursting with trans-inclusive feminism.

This event is free and open to the public. A book sale and signing will follow.

Sissy, and Jacob, have been applauded by critics and influencers:

Among their many remarkable achievements, Jacob is a member of the Forbes 30 Under 30 and the Out 100. They made their debut on the national stage when they were interviewed on MTV’s The T Word. In 2017, they served as the Social Media Producer on the Emmy Award-winning series, Transparent and collaborated with Instagram and GLAAD to produce #KindComments, a campaign for Trans Day of Visibility that was viewed over 14 million times.

We could go on – the accomplishments don’t end there. Visit jacobtobia.com to learn more.

Tobia says, “Truth is messy as hell,” but they never fail to embrace the truth fully.

P.S. Jacob is an avid Sriracha devotee and has worn high heels in the White House twice.