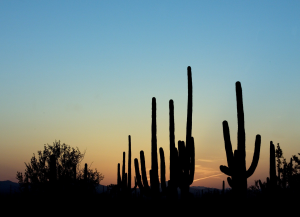 Impoverished tuberculars, or “lungers” as they were disparagingly called, lived on several acres of desert north of the University of Arizona. The area pejoratively called Tent City, Tentville, or Lunger (Lung) Hill was located in what is now the Feldman neighborhood, bordered on the north by East Lee Street, the south by East Speedway, the east by North Park Avenue and the west by North Stone Avenue.

Because there was such a flood of tuberculosis sufferers, sanitariums (alternately sanatoriums)  began to be built in Tucson to house and treat them. According to Tucson City Directories many such facilities were opened only to close in a short time.

Established in 1906, initially the private 30-bed Whitwell Hospital under physician Hobart P. Shattuck (721 East Adams) did not admit tuberculosis patients. However from from 1912-1925 Whitwell  functioned as a tuberculosis sanitarium. The Whitwell then became the Southern Methodist hospital from 1927-1938. Currently the Whitwell is the Castle apartments and brief history of the Castle Apartments lists other uses for this unique structure.

Originally having come to Tucson to establish schools in 1870, nuns of the Sisters of St. Joseph of Carondelet spearheaded the building of a much needed hospital to serve the region. Opened in 1880, St. Mary’s Hospital continued to expand under the leadership of Superintendent Sister Fidelia McMahon and added the sanatorium known as the Isolation Cottage in 1900.

There were many other sanatoriums established in Tucson beginning in the late nineteenth century and a more complete account can be found in the paper Tucson Health Seekers: Design, Planning, and Architecture in Tucson for the Treatment of Tuberculosis.