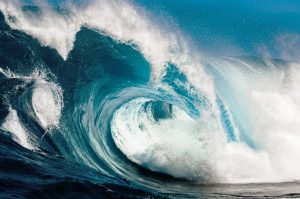 A popular Mexican dicho states “most of what the devil knows is due to the fact that he’s old rather than because he’s the devil”: Más sabe el diablo por viejo que por diablo. Ten thousand Americans are turning 65 every day. The trend began in 2011 with the first of the Baby Boomers and will continue until 2029.

This phenomenon, known as The Silver Tsunami, is resulting in an alarming loss of tacit knowledge throughout companies and organizations across the nation. “One organization reported that the next anticipated wave of almost 700 retirements would mean the loss of over 27,000 years of experience.”(1)

So what is tacit knowledge and why should we care? Tacit knowledge is what is accumulated in our heads after years of doing things. We should care because younger workers need this unwritten experience to create an interface with their own tech savviness in order to do their jobs effectively and to continue helping businesses or organizations grow and prosper.

To quote Joni Mitchell: “You don’t know what you’ve got till it’s gone.” Managers are realizing too late that all levels of operation are adversely affected by the gap left in institutional knowledge when mature workers retire. Succession planning is ignored or non-existent. “…60% of CEOs say their companies don’t account for workforce aging in their long-term business plans.”(2)

Reputation, Relationships, Re-work, and Regeneration are the four R’s that are most making themselves felt on the bottom line.

Nothing is spontaneously generated in a vacuum. The cell phone’s inventor, Martin Cooper, was inspired by Captain Kirk’s handheld device. In 1973, four years after Star Trek went off the air, the first cell phone prototype was created in 90 days.(3)

However, the idea just didn’t spring full-blown into his head, Cooper was an electrical engineer when he joined Motorola in 1954 and soon thereafter began working on pager and car phone technology. Each successful development led to the next until everything was in place in the inventor’s mind to leapfrog over the mundane and present the world with the greatest breakthrough in communication since the invention of the telephone.

The new needs the old just as the old needs the new—neither can exist successfully without the other—and it behooves the corporate and organizational cultures to “mine” the riches of our seasoned colleagues before vital information is lost to us all.

Leaders at All Levels

Leaders at All Levels

Succession Planning in the Library