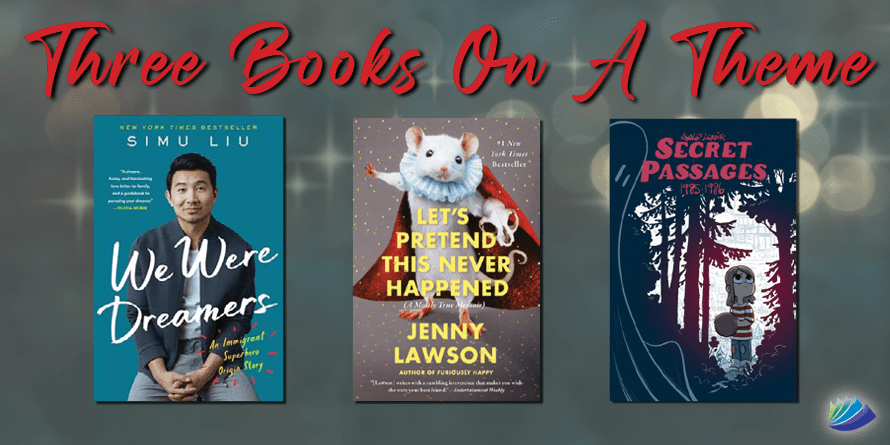 Memoir: A memorial account; a history composed from personal experience and memory; an account of transactions or events as they are remembered by the writer.

Here are some memoirs that our staff have on their minds for one reason or another..

We Were Dreamers by Simu Liu

"Really interesting memoir by the actor who stars in Shang-Chi and the Legend of the Ten Rings. He also played Jung in the Canadian hit show, Kim's Convenience. Liu was born in China and brought to Canada at the age of 4, where his life changed dramatically."

"If you've ever thought you or your family might be crazy, just know that Lawson and her family definitely have you beat!"

"Secret Passages is a graphic semi-memoir that blends in elements of science fiction and horror. It focuses on a fairly small slice of her early life in rural Quebec—the depictions of her and her brothers as kids is some of the funniest stuff ever—but is narrated by her adult self, who reveals things that happened in between. It's acutely observed, stylishly drawn, weird, and hilarious."

...and if you want to check out even more items suggested by PCPL staff, here is a list to help get you started: Memoirs.