July 20th has been designated Space Exploration Day. The date marks the day that a human first walked on the surface of the moon. How much do you know about that historical achievement?

Find the answers you are looking for in these articles in the U.S. History in Context resource.

The 1969 Moon Landing: First Humans to Walk on Another World

How the Space Race Unfolded

Watch the documentary film Fight for Space on Kanopy. (You will be invited to login or create an account using your library card.) 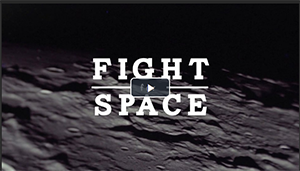 In 1962, spurred by the Cold War, President John F. Kennedy famously made the bold proclamation that NASA would send astronauts to the moon by the end of the decade. The Space Race inspired a generation to pursue careers in science and technology, but as the balance of world power shifted, interest in space exploration declined. The film features commentary by Bill Nye and Neil deGrasse Tyson.

Check out these books about space exploration. And visit NASA, opens a new window for all kinds of space and science stuff.