Set amidst the Boxer Rebellion, a conflict in the turn of the 20th century China between foreigners and the native Chinese, Yang’s graphic novel, Boxers, follows the life of Bao. A child turned leader of the “Righteous and Harmonious Fists,” a group of native Chinese named for their fighting style. In this historical fiction piece, the story of the Rebellion is interwoven with the character’s coming of age. Though Bao’s experience is, for the most part, fictional, the greater context of the story such as the rural folklore, storming of Beijing, and Chinese superstitions surrounding battle are real. As such, the book can be enjoyed by those at any level of familiarity with Chinese history and culture, and hopefully will spark an interest for many to learn much more of those topics.

Having read American Born Chinese prior, I had been familiar with Yang’s art and storytelling style. While attractive, the art may seem simplistic and sometimes repetitive for many comic-lovers, however, I believe the cell-shaded illustrations accomplish all that Yang requires of them by telling a great story. Besides its educational aspect, Boxers contains complex characters, for whom you never know if you should cheer for or revile. Though the art style may not be what they’re used to, even comic lovers will enjoy this book, as it still contains action, adventure, and romance to the same degree as any superhero novel, with what I perceive to be superior writing and storytelling, which will be equally attractive to those less acquainted with graphic novels.

While Boxers follows the side of the native Chinese, the other side of the conflict can be read in the companion novel, Saints. While I haven’t read Saints quite yet, there is no required order to read the two in, as they tell the same story from two perspectives. I really enjoy how the two stories are entwined, though to what extent I will have to find out in the other book, which I look forward to reading soon.

–Nikki, (Dusen)Berry Blogger and member of the River Teen Advisory Board 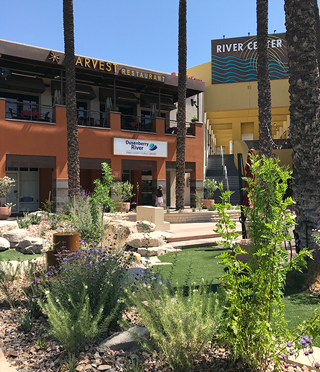