Christian didn’t know exactly what he’d ﬁnd in the 101Space at Oro Valley Public Library, but on his ﬁrst visit, he recalls thinking, “Whoa, this place is really cool.”

Entering the high-tech youth center, he found a 3D printer, something that he had never seen before. He says, “It just looked like a big, fancy microwave.” Not to be deterred, he did what any ever-curious 12 year old might do. He turned it on and the machine kicked into gear, igniting a passion that quickly caught the attention of Library staﬀ.

Bethany Wilson, former Young Adult Librarian at Oro Valley Public Library, said, “Christian is the perfect example of the HOMAGO [Hang Out, Mess Around, Geek Out] philosophy in action.” 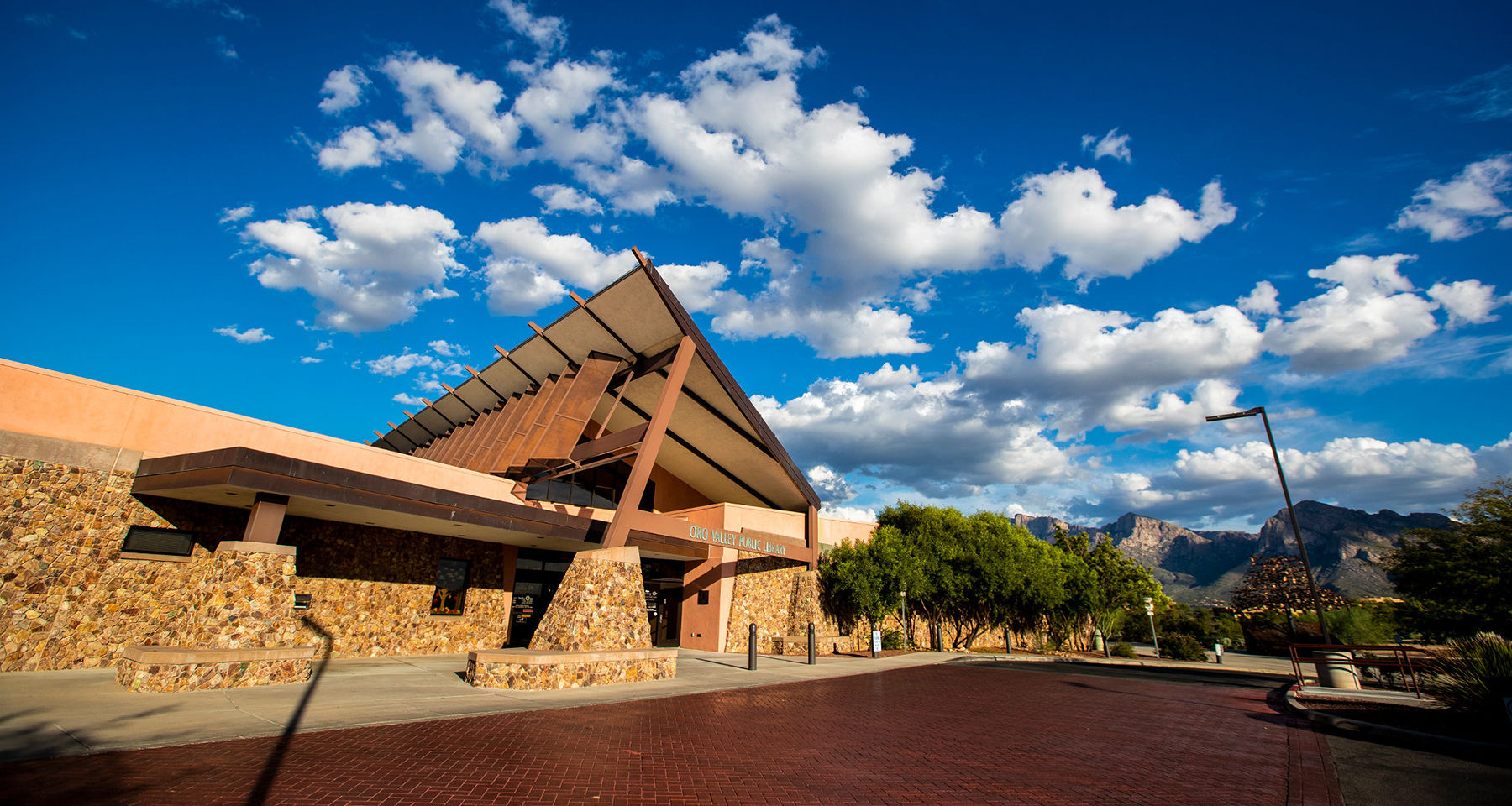 The philosophy, which goes hand-in-hand with Connected Learning, a best practice among libraries nationwide, positions the library as a place where young adults can discover, practice, and explore the things that interest them.

“That’s exactly what our 101Space is about,” says Kendra Davey, Library Program Manager for Family Literacy.

“We provide the space, the tools, and the support for kids like Christian to ﬁnd their next hobby, perhaps even the thing that will drive their future.”

For Christian, it was all about the 3D printer, which happened to be in need of repairs when he found it. Taking the lead, Christian spent hours on YouTube and made calls to MakerBot, the manufacturer, to help get it working again.

“I spent three months gathering all the information I could on it,” he says.

Back in working order, the 3D printer oﬀers Christian, who rides his bike to the Library nearly every day, hours of entertainment and learning. “I get a lot of ideas from Thingiverse,” he says.

The largest 3D printing design community, Thingiverse provides printable ﬁles for aﬁcionados like Christian to download, remix, and customize. A quick search shows an incredibly wide range of projects from the simple (need a guitar pick holder?) to the more complicated (how about a web-controlled power outlet?).

It’s been a little less than a year since the ﬁrst time he visited the 101Space, but you’d never know that from watching him. Today, he moves around the machines with the ease and conﬁdence of someone who’s been using the technology for years.

“I’ve made gliders, bike parts, mini catapults, gadgets for my GoPro, ﬁdget spinners. Anything really. If I can ﬁt it into the base plate, I can print it,” he says.

At home, his younger brother Thaddeus is grateful. “I have a drone that breaks sometimes. Christian uses the 3D printer to make replacement parts for it.”

He also shares pointers with his older sister, Alexis, who studies architecture at Notre Dame. Soon, Alexis will begin sharing models created in SketchUp and Christian will print them.

Christian is now a member of the Library’s Teen Advisory Board and, though the youngest member, is having a lot of fun talking about Library equipment and brainstorming future Library programs.

Plus, as the resident 3D printer expert, he’s making new friends. “Some kids will see me in the Library and ask me if I can make them something,” he adds. He’s always happy to.

He plans to begin volunteering at the Library just as soon as he turns 14.

Christian smiles, “I feel valued here, but I think that’s mainly because I know so much about the printer.”

Asked if he’d have discovered this interest without the help of the Library, Christian doesn’t miss a beat. “Deﬁnitely not. These machines cost thousands of dollars. I’m a 12 year old boy.”

In addition to the 3D printing, he’s learning to make apps and exploring Swift coding. He’s also into Lego Mindstorms and ﬂying drones.

Simply put, the same can be said of Christian’s future as he likes to say about 3D printing… “The possibilities are wide open.”