I ventured through the slipstream... 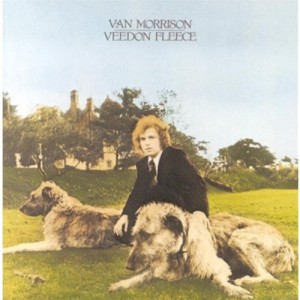 And when I got to work today I discovered that a hefty chuck of Van Morrison's catalog has been made available digitally on Freegal. This is wonderful news for fans of psychedelic blues, folk and rock music. Morrison's been writing and performing unforgettable songs since the 1960s, including now-classic tunes like "Gloria," "Brown Eyed Girl" and "Moondance." These new electronic releases include many of Morrison's most recent recordings, among them a collection of duetsopens a new window with the likes of Joss Stone, Stevie Wonder and Bobby Womack (and others), as well as a wide selection of live recordings (most curious of which is a recent performance of Astral Weeksopens a new window).

My own preferences for Morrison's music run toward his earlier folk and blues material, and there's plenty to keep me downloading at five songs a week for a while. Some personal favorites in this group are Veedon Fleeceopens a new window, an early '70s album often overlooked which contains the exquisite "Streets of Arklow" (a moving, flute-driven homage to a perfect day), and a long psychedelic blues number, "You Don't Pull No Punches, But You Don't Push The River," which finds Morrison grunting and mumbling his way to a dramatic finish. There are also several variations on his debut solo album (Blowin' Your Mindopens a new window is the original edition) which features rougher versions of songs which appear later in his catalog, like "Brown Eyed Girl" and "Madame George" (Morrison's bizarre but compelling tale of a cross-dresser and some wild parties). I particularly love the dark but long and funky "T. B. Sheets," which is his harrowing account of watching his bedridden beloved slowly waste away from tuberculosis.

There's a ton of great music there, and if you know not where to start, go with The Essential Van Morrisonopens a new window.

P.S. Editor's note: if you prefer borrowing CDs to using Freegal, we have a few albums featuring Van Morrison hereopens a new window, including his country album, Pay the Devil.