The Church is an Australian progressive rock band who’ve released 25 albums since their debut in 1981. They had a brief brush with stardom in the US when a song of theirs called “Under The Milky Way” became their sole U.S. Top 40 hit during 1988. The Church have continued to put out albums since then, but have been largely ignored by radio and are now cursed with the tag of being a one-hit wonder. However, the band’s output in the 1990s and early 2000s has offered many moments of progressive rock beauty, and even a handful of singles which could’ve, should’ve, would’ve been hits. 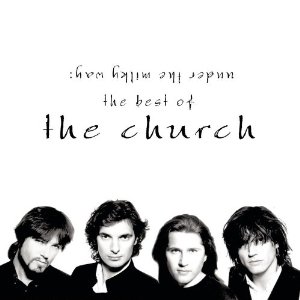 Freegal offers for download three full albums by the band (including Starfish, which includes “Milky Way”) which are well worth exploring , but the best place to enter The Church is with an odd little sampler of tracks taken from a “greatest hits” collection released in 1999.opens a new window The oddity of this sampler lies not only in offering a selection of “hits” by a one-hit band, but also in that it includes only 7 of the songs featured on the full CD version. Still, it’s a good place to start, and with five downloads allowed each week on Freegal, you can get the best of this ‘best of the best’ in just one visit. In addition to their signature song (“Milky Way”), the sampler includes what I’d call the band’s single best song, “You’re Still Beautiful” (1990). A concise, driving, alt-rock tune anchored by a catchy refrain, “Beautiful” is a truly great song. The song’s lyrics are a bracing reminder that while life can be most unpleasant at times, it is still beautiful. If there was ever a song that should’ve been a hit, “Beautiful” is it, although I suspect the realism of its lyrics didn’t help it gain acceptance with radio programmers. Also worth a download are “Reptile” (sporting a delay-drenched guitar hook, this was the second single released from Starfishopens a new window), the catchy “Metropolis”(from the follow-up to Starfish, 1990’s Gold Afternoon Fix) and the gorgeous “Ripple” (taken from the 1992 release Priest=Auraopens a new window).

If you like what you hear there's plenty more of The Church out there, and they just released their 25th album, so there's life there yet.